The soon-to-be, if not all ready legendary Bill Jones is back with a recollection from his childhood.  We can’t thank you enough, Bill.  We try to imagine what life was like in our community from the old photos I post.  You were there. I’d encourage others with memories they’d like to share to send them along. Bill’s remembrance follows.  DH

Valley School, 2nd Grade, spring 1933 happened.  I was new in school and had new friends.  It took three of them to get me into the fire escape tube that swirled down to the street.  That was the big adventure at Valley School.  I loved it once I understood it.

My buddies said, “Warm day, let’s skinny dip.”  I had no idea what they were talking about and too timid to ask.  We raced down to Deer Creek and it looked adventurous!  Suddenly everyone was shedding their clothes and all the boys jumped in.  I couldn’t resist and joined them.  Great fun until my foot got entangled in an old orange crate and I couldn’t get free.  I was small but my buddy “Benny” saw my hand waving frantically and dove down to release my foot.  Dick Andrews said, “You almost drowned kiddo.”  After we got dressed in our damp clothes, I gave Benny my nickel allowance and told him it was his reward.  He said, “Popsicles for us both.”  We were friends for life.

Two weeks ago, I celebrated my 90th birthday with five generations.  My great-great-grandson is 15 months old and my pride and joy.  I fathered five daughters and three sons–scores of wonderful, brilliant grandchildren.  Each time we drive by Deer Creek, I give thanks both to my Lord and little Benny for the most wonderful family that might have ended eight decades ago.  Bill Jones 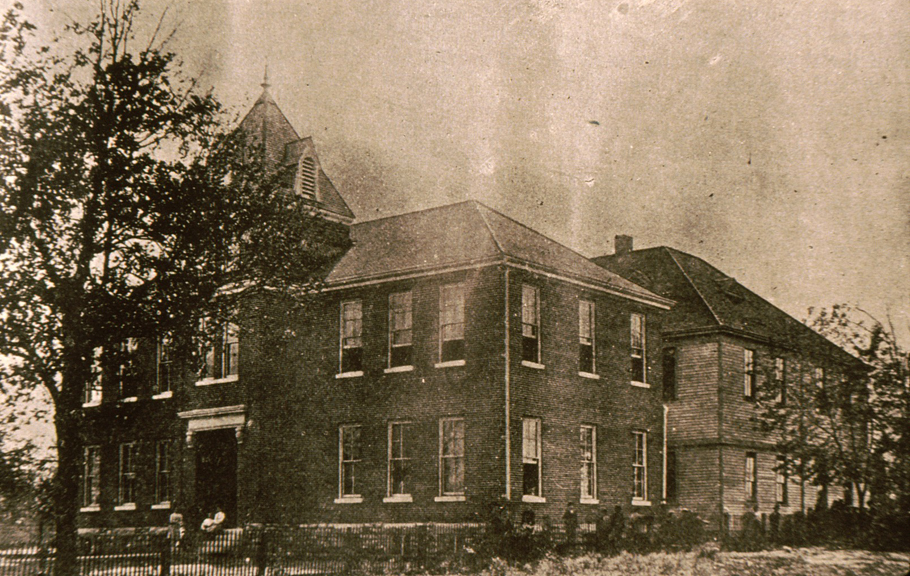 Valley School 1904.  This was a bit before Bill got there.  The location of this building was directly across Manchester from our current city hall.  This photograph is from the 1904 Suburban Journal which devoted an entire issue to Maplewood. Notice the frame building just behind the brick one. An explanation follows. Courtesy of Maplewood Public Library.

So the name Valley school came from Bartold Valley.  The frame building in this photo is the one that was built in 1891.  This excerpt is from a history of our school district which follows. 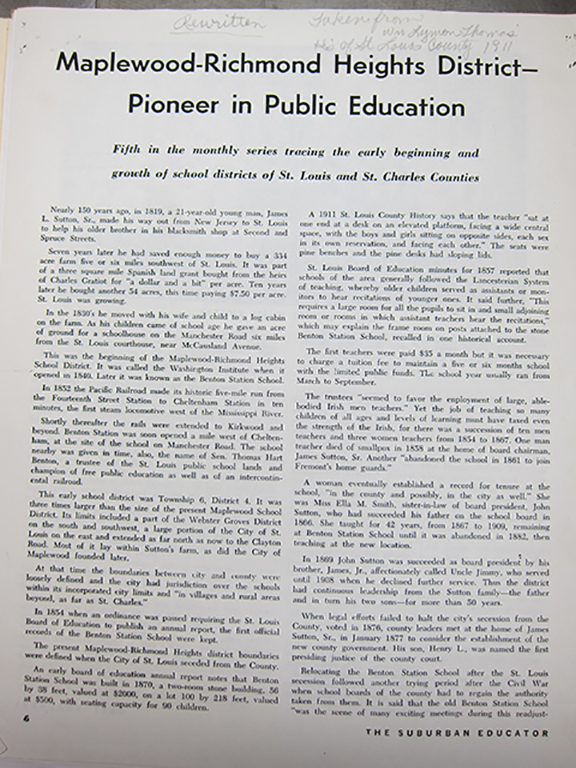 This history is courtesy of the Maplewood Public Library.  I hope you are able to read this on whatever device you’re using.  If you can’t let me know and I’ll email you a copy. 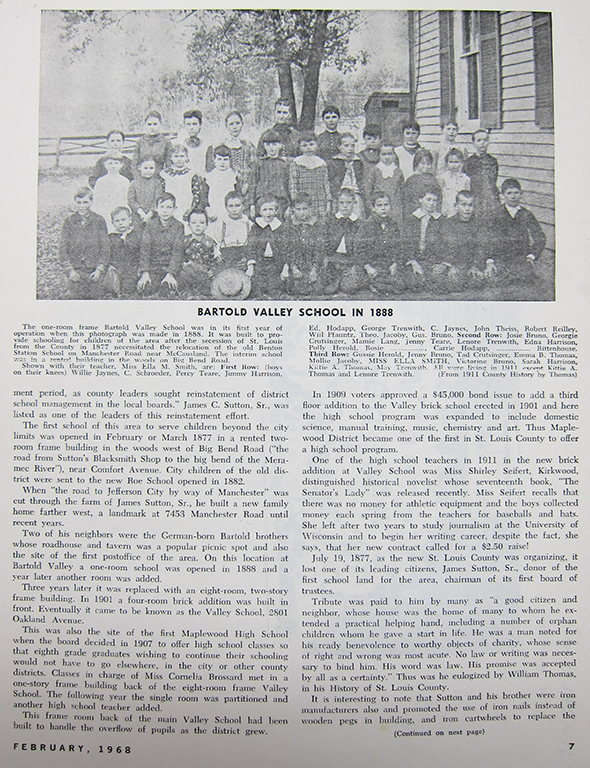 Apparently there was more than these two pages but unfortunately they’re all I have.

By the time this photo was taken the school had increased in size dramatically. The fire escape that Bill refers to can be seen between the two gables.  This is the west side of the school, the Oakland Avenue side. The stone wall survives today and now surrounds an apartment complex.  This image was sent by Millie Durban’s son. Forgive me, Sir, I’ve misplaced your first name. 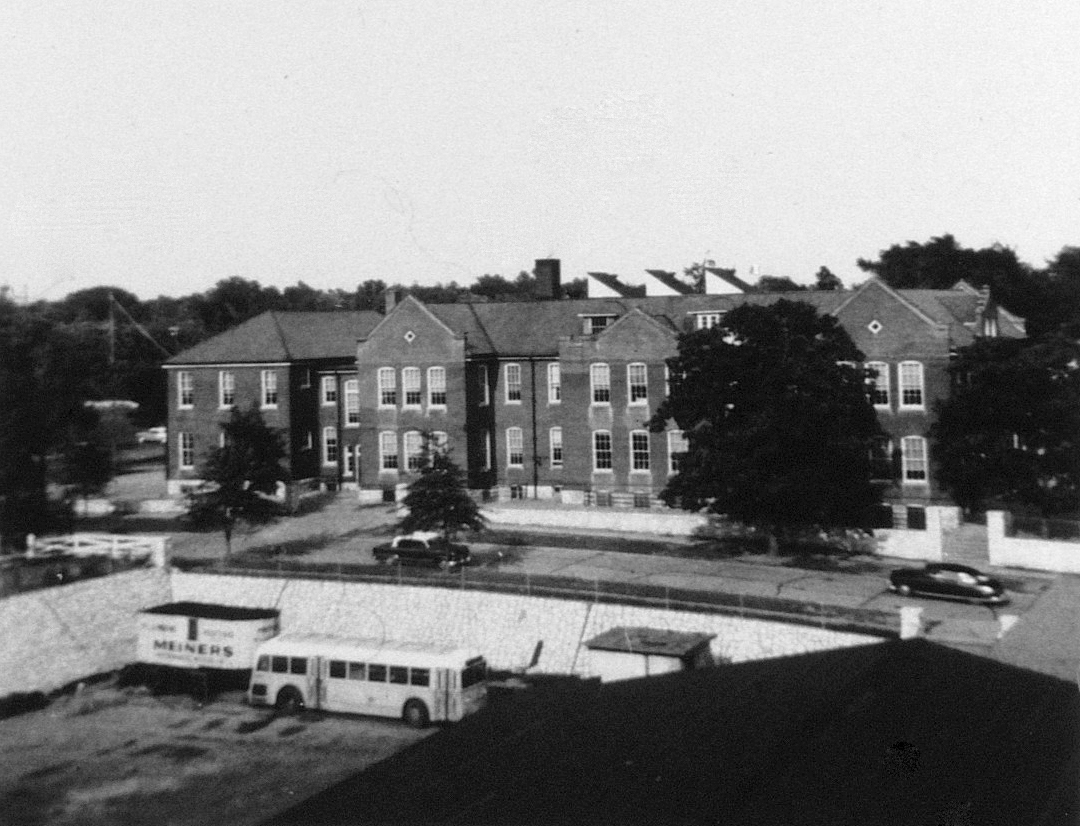 In this photo from 1955, it appears that the original brick building facing Manchester still exists but the much larger three-gabled addition has been added behind it. This photograph was likely taken from the roof of the new Valley School that was being constructed across  Oakland on land that was once the athletic field. Courtesy of Maplewood Public Library.

Another view provided by Millie’s son. 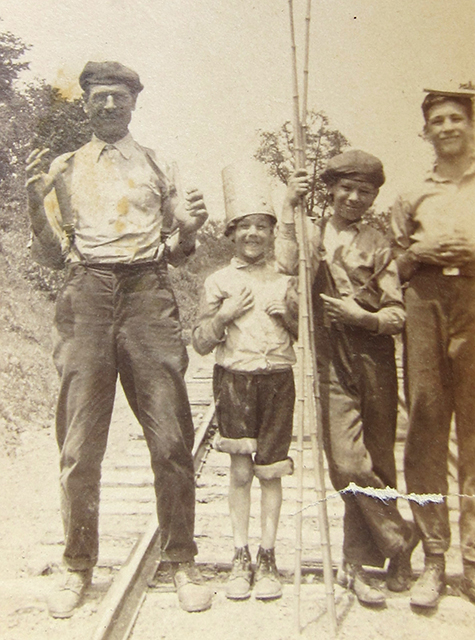 This is a photo of some members of the Robyn (pronounced row bine) family, one of the oldest in Maplewood. These happy folks are either going on or returning from a fishing expedition at Deer Creek. Bill’s story reminds us that Deer Creek was once suitable for recreation such as fishing, swimming, rock skipping, I imagine. We’ve lost something there. Too bad it has been relegated to drainage ditch status. Much thanks to Marshall Robyn and Linda Koziacki for this photo.  And thanks to Bill Jones for his story.  Happy 90th, Bill!