Believe it or not there are still a few bits of stonework in our fair inner ring municipality that we haven’t yet examined.  After this post one will be hard pressed to find any that have been left out.

There exists nice stonework done by the property owners or perhaps nonprofessionals that I just couldn’t seem to get a good image of.  For example, on Cherry there is an interesting stone arch at the end of a driveway that usually had a car in front of it when I went by.  Michele Brown’s front yard on South street is very creative and cool.  The efforts of these artists makes a neighborhood stroll a pleasure.

I want to thank everyone who comments or emails about these posts.  I try to respond to all but some may fall through the cracks.  If this happened to you – I’m sorry.  Please try again.  Hopefully you’re reading this lady with the group panoramic photo of the post office employees.

I hope you enjoy this wrap up of the Let’s Go Get Stoned! series. 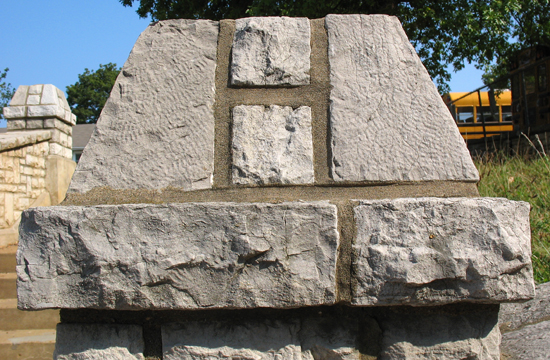 This photo shows a close up of work done by a bush hammer. This essential tool of hand stonework is used for leveling a surface. It is a very heavy hammer with serrated striking surfaces. I bought one thinking I’d like to try it out. After a very short trial I concluded that stone masons must have retired early. It was a bone rattling experience. This column is just east of our library.  Once I talked to a woman who was living just up the street when our library/then pool building was first constructed.  She said, “Chink, chink, chink, that’s the sound of the building being built.”

This is one of a lovely pair of stone walls that flank either side of the J.B.Smith Funeral Parlor AKA the Sarah Sutton Harrison historic home at 7456 Manchester.

This is one of a pair of free form stone walls, bench height, on Oxford at Kensington. They were commissioned by the late Bece Fossey, former owner of the property and principal of the Sutton Studio architectural firm. Bece was a wonderful gal and left way too soon. I believe either her brother or son created this beautiful stonework. 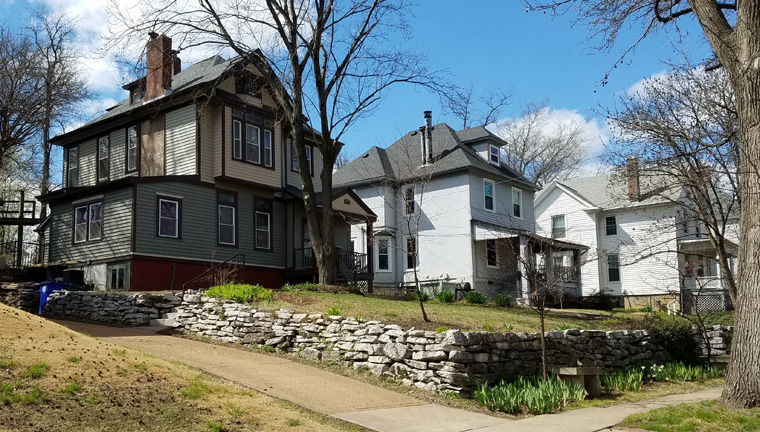 This interesting stone work was created by the owner of this historic home,my friend, Jeff Todisman. These rocks are very large, have settled in and are weathering nicely. This home on Maple was once owned by Mr. forgot-his-first-name Stark, the publisher of Scott Joplin’s music. I was once told an anecdote by Rita Kippenberger, a life long neighbor. Supposedly a visit from Joplin to Mr. Stark’s residence had the neighbors talking.  We’ve come a long way but we still have a long way to go.

This wall which runs for the entire block from Commonwealth to Piccadilly (Whoops, not correct. should be from St. Elmo to Piccadilly, see comment below) once helped to corral the schoolchildren of the Sutton School. Now running behind a block of fairly new condominiums it is kind of hard to get a look at. 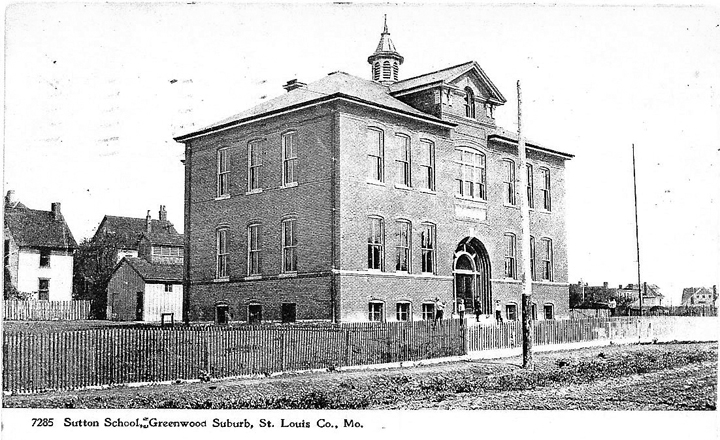 An early postcard of the Sutton School. This building would be replaced by the more modern Bruce School. I don’t have a date but it probably happened in the 1950’s. I also don’t have any photos of the Bruce School. I was told that the bell from the Sutton School had been preserved and was in the Bruce School when it was sold to the developer of the condos. Its whereabouts today are unknown. The number 7285 is a stock number of the postcard.  Courtesy of Andrew Rochman. 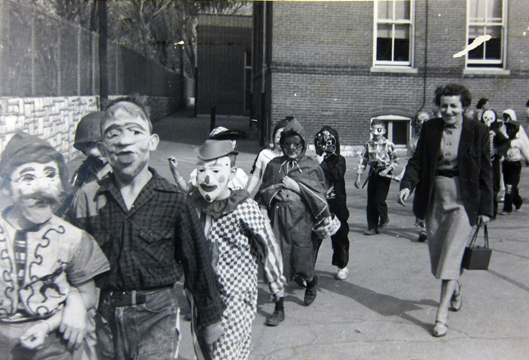 Halloween at the Sutton School with the stone wall visible in the background. Courtesy of Evelyn Detert and the American Legion hall. 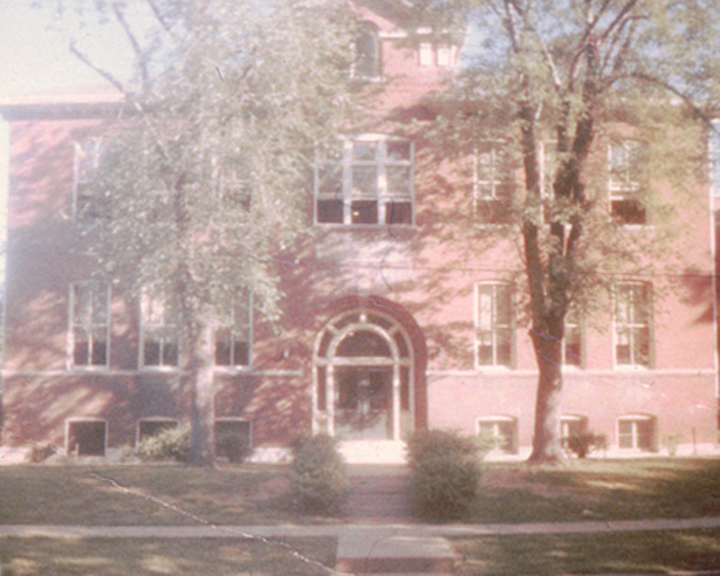 A bonus photo of the front of the Sutton School. Date unknown. Courtesy of the Maplewood Public Library. 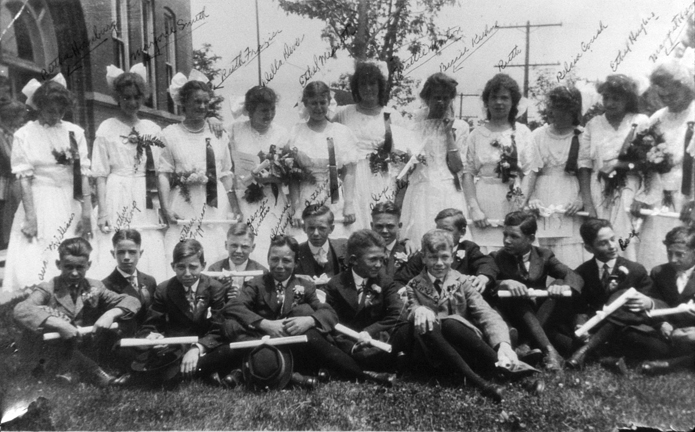 A class photo with everyone identified. How unusual. The Sutton School was located on Cambridge Ave.  Courtesy of the Maplewood Public Library.