This the third post of images from the collection of Matt Irwin. In 2010, Matt generously allowed me to photograph three of his family albums.  The images featured in this post seem to be from the album that had belonged to Matt’s great grandmother, Talitha Wuellner prior to her marriage to Albert H. Slavik.

We know Talitha graduated from an early class of Kirkwood  High School.  One of these photos depicts a group of young women in Sugar Creek so perhaps she grew up somewhere nearby.

Also in this album and one other there are many photos that show scenes of life on a farm.  Many folks in the early twentieth century in this country were not too far removed from farm life.  Unfortunately I don’t know who the people are in many of these photos but I think you’ll agree, they are interesting none the less.

I should mention that we view these photos and documents courtesy of Matt Irwin and he retains all rights to them. 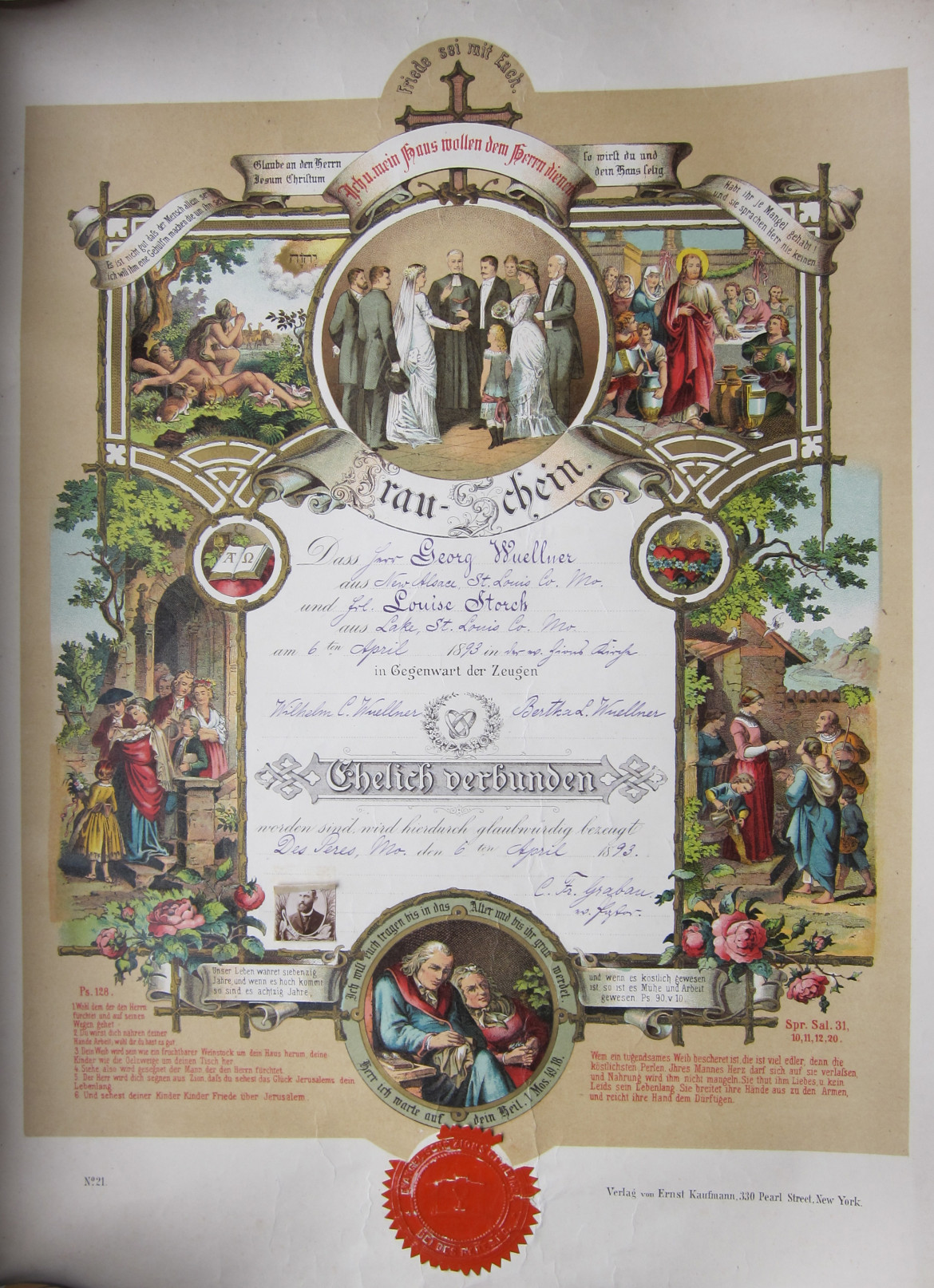 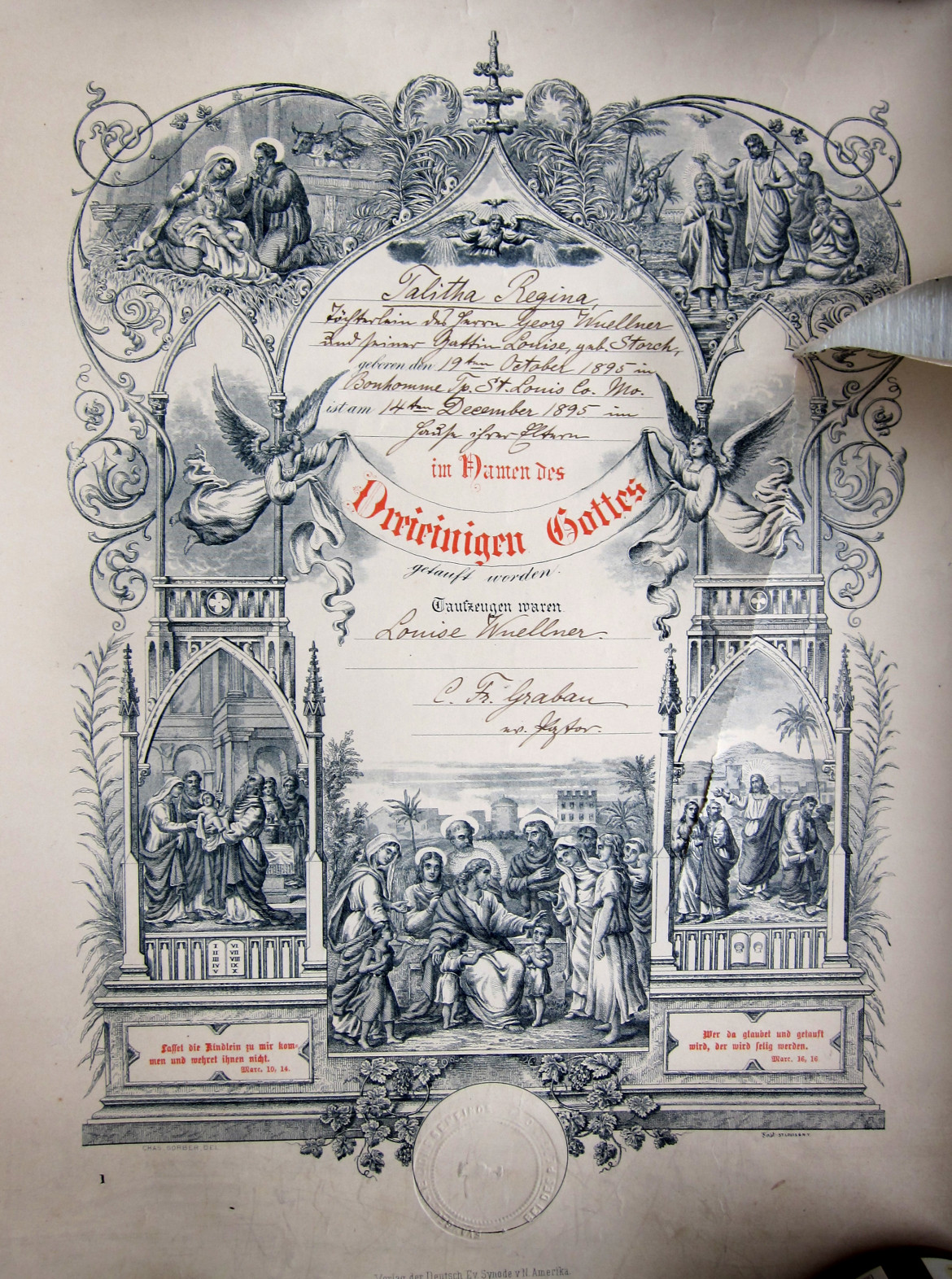 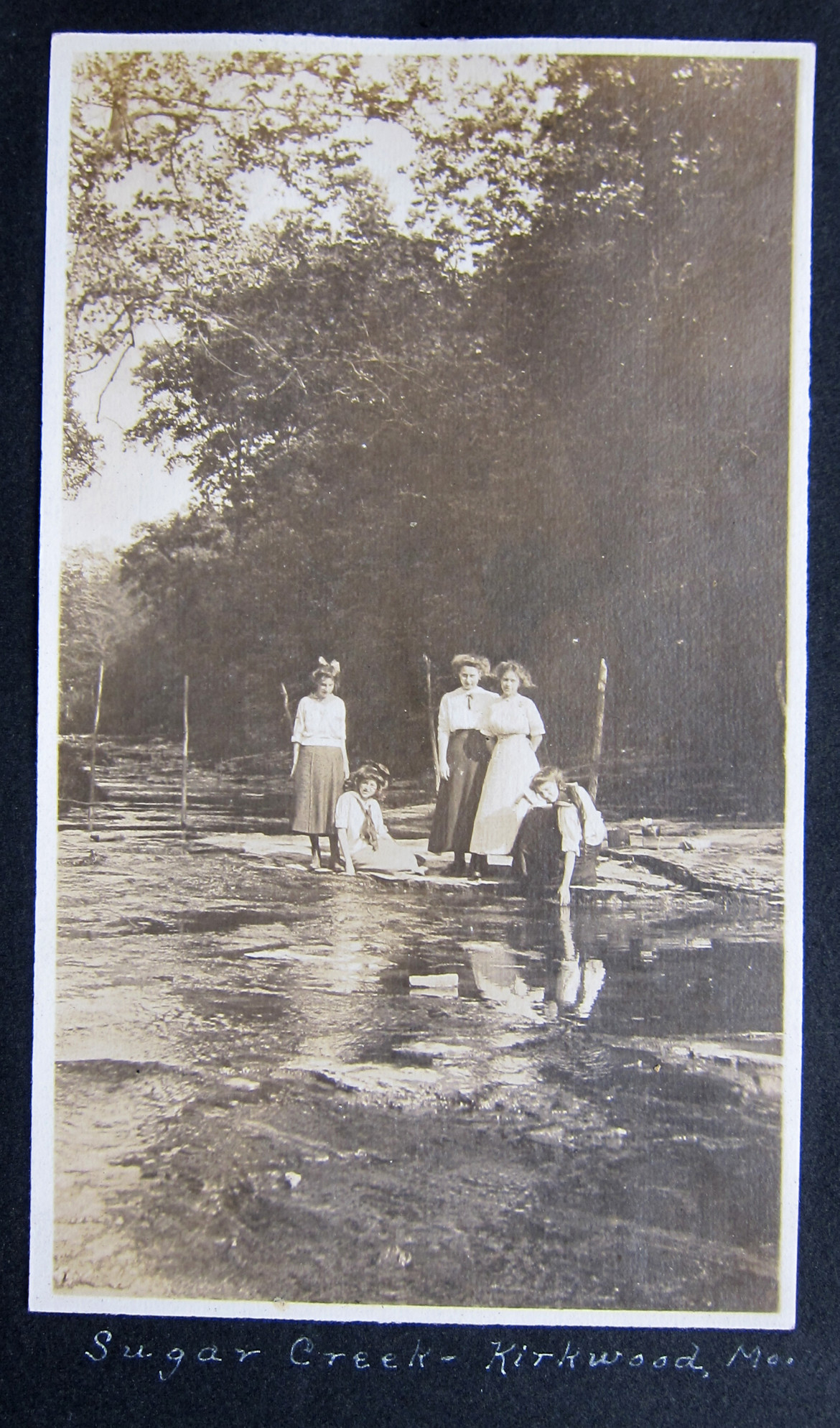 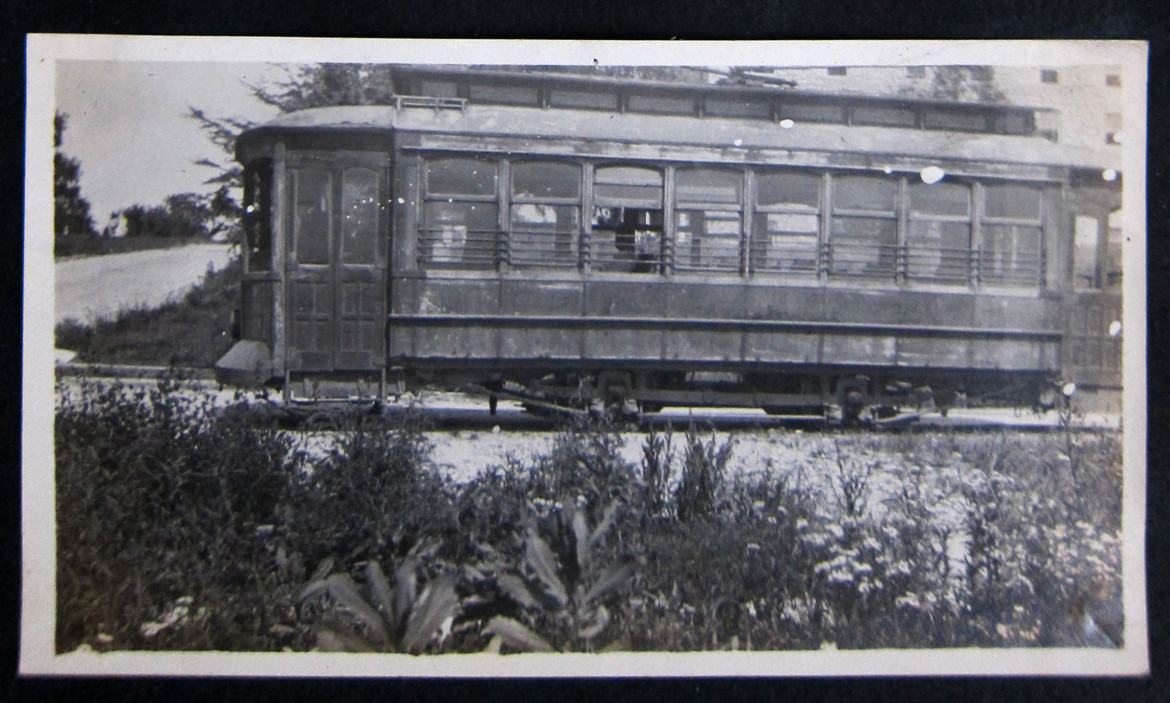 This streetcar photo is located between other photos of the college buildings at Cape Girardeau. 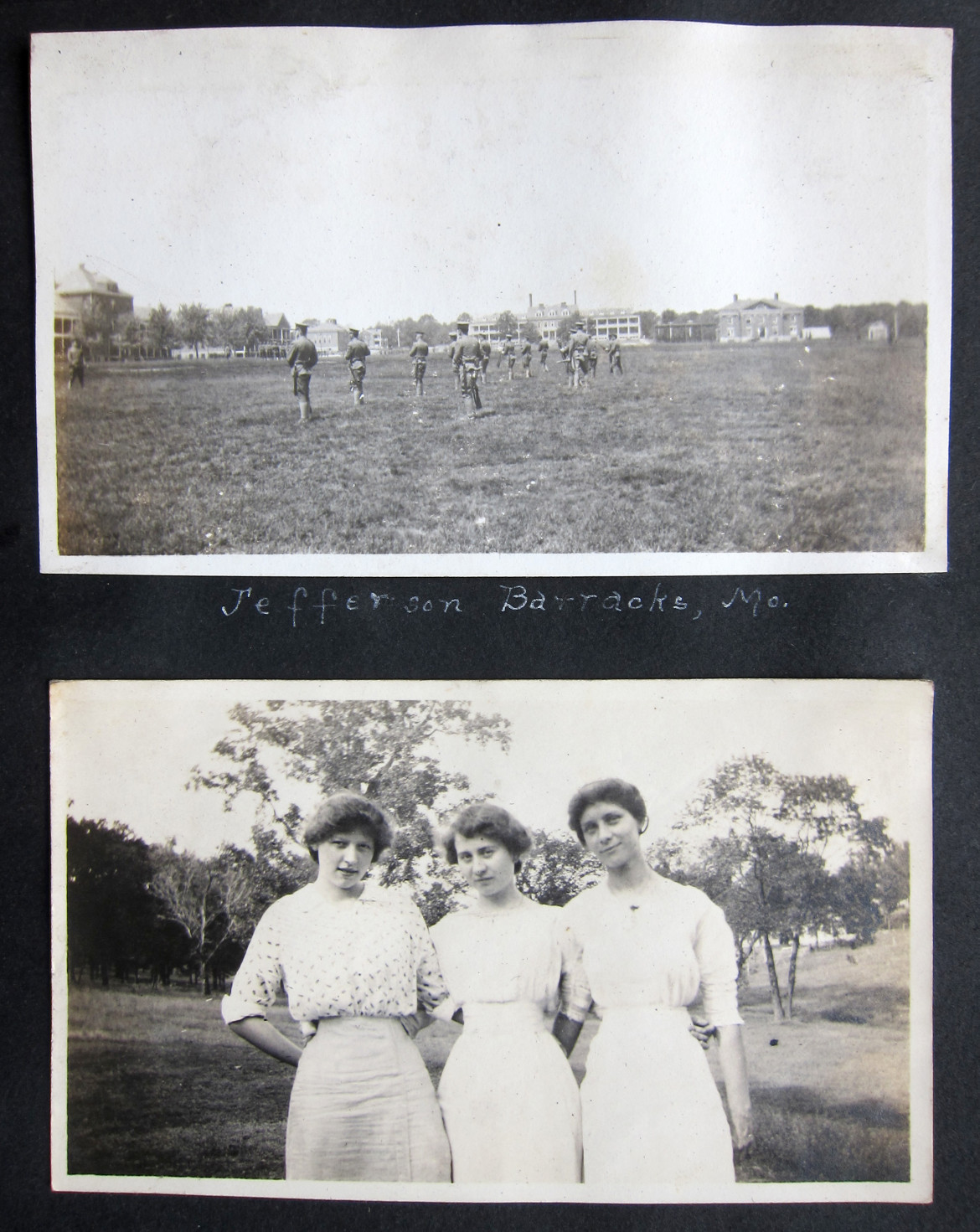 Another interesting page from her album. I believe she is in the middle in the bottom photo. As for the picture of JB, you know as much as I do. 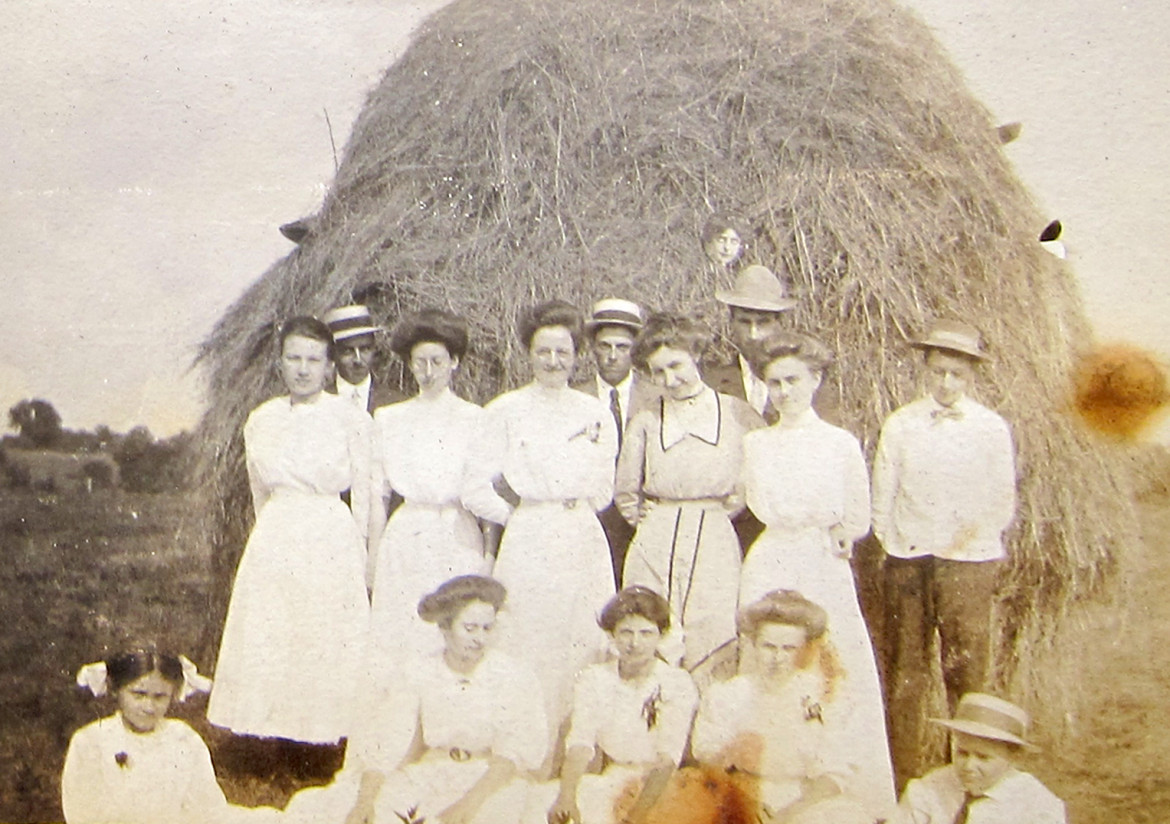 One of the aforementioned farm pictures. Were there hay sprites? 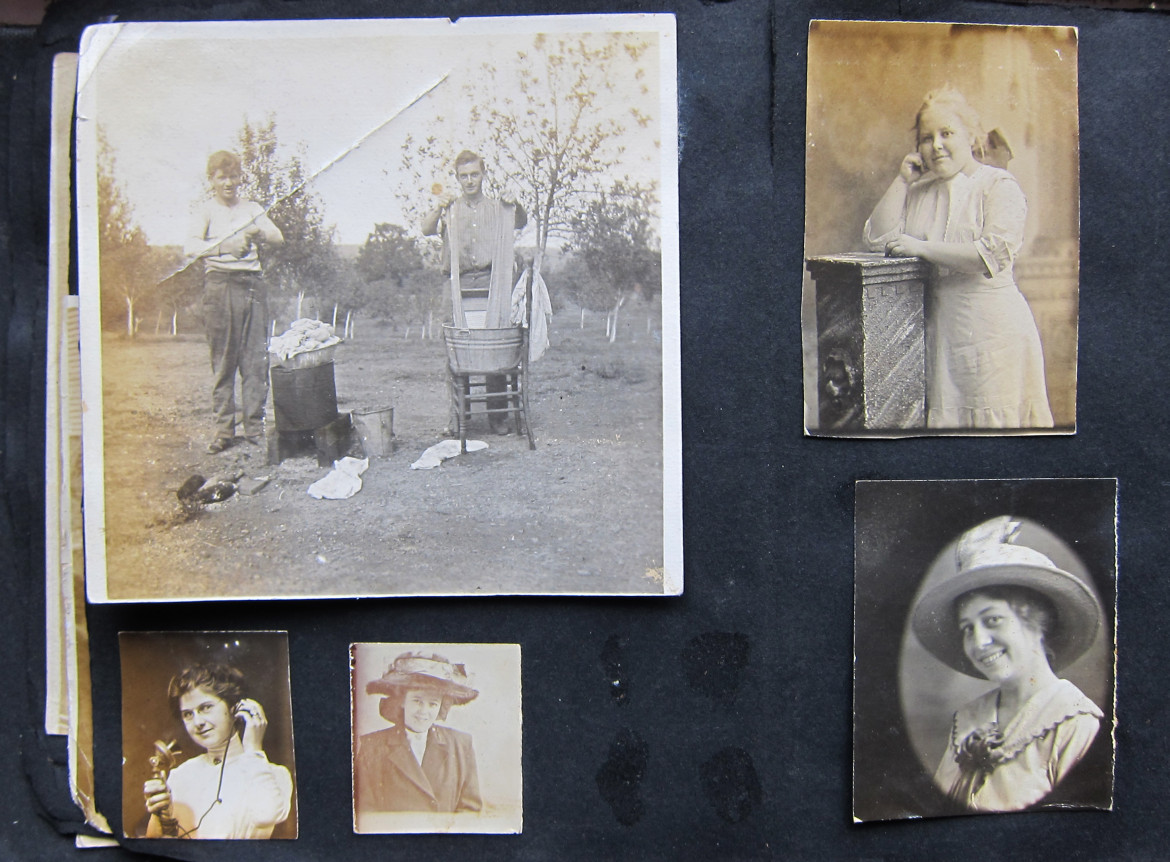 This is a sort of typical album page if there is such a thing. Immediately following are two of the photos from it that I have enlarged. 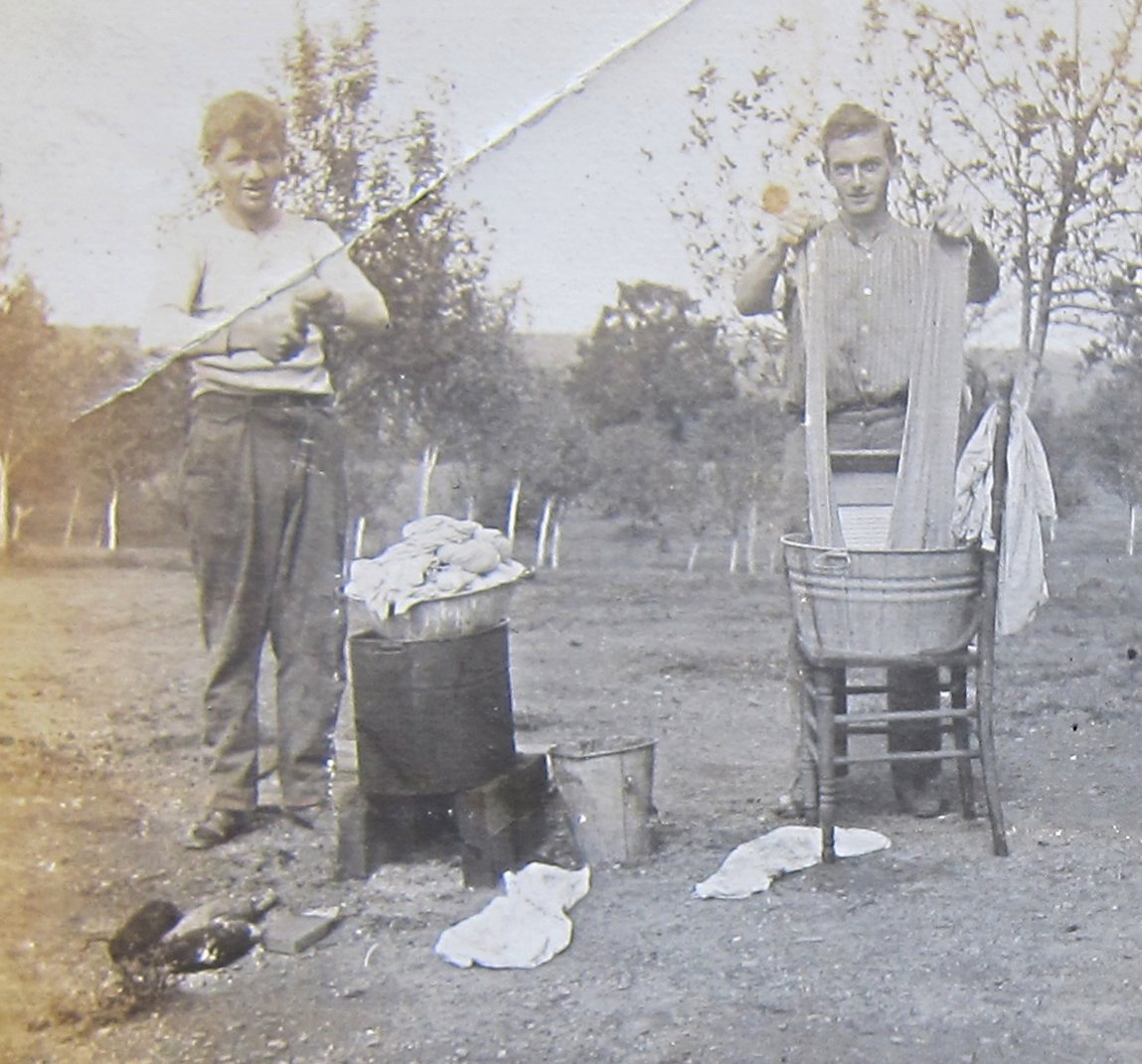 Looks like these progressive gentlemen are at least handling part of the chores on wash day. 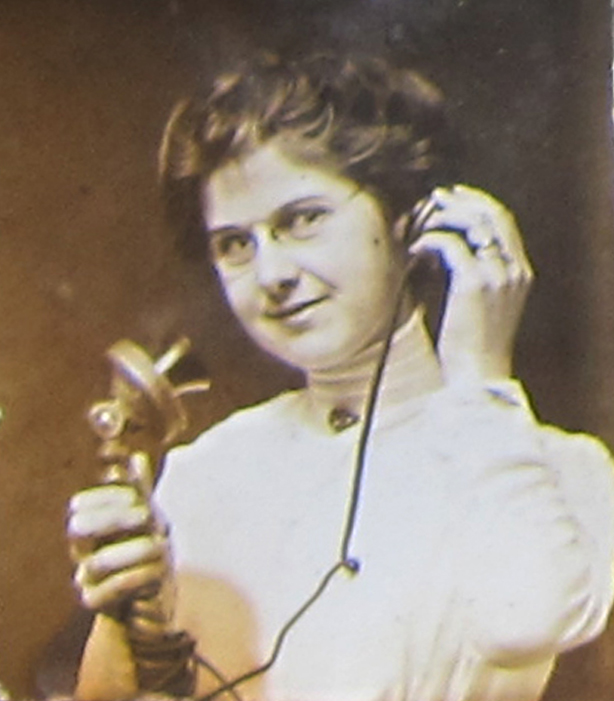 And finally this charming photo booth size image of a young woman with a candlestick phone.

3 thoughts on “Maplewood History: More Images from the Album of Talitha Wuellner”