The Stertzing Building, at the corner of Manchester and what is now Southwest avenues, was once home to W.W. Stertzing’s floral business. According to the 1904 Suburban Journal he also had five greenhouses at the same location. 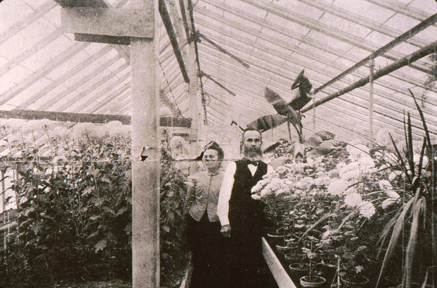 Mr. Stertzing and wife in the greenhouse that was once attached to their building.  Courtesy of Maplewood Public Library.

From the 1904 Suburban Journal. Courtesy of Maplewood Public Library. 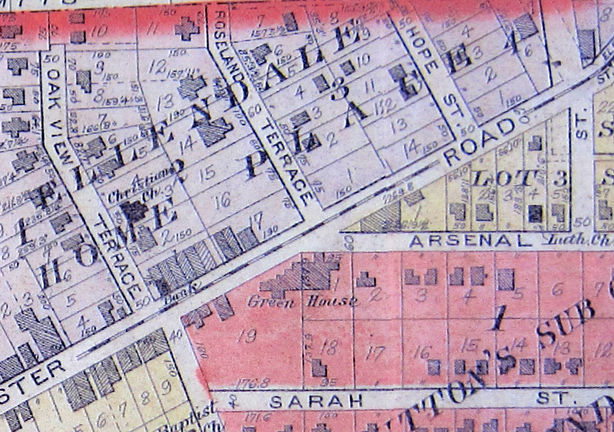 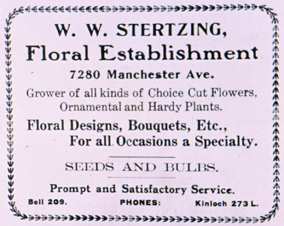 Advertisement (probably 1915 but I’m not finding my source at the moment). 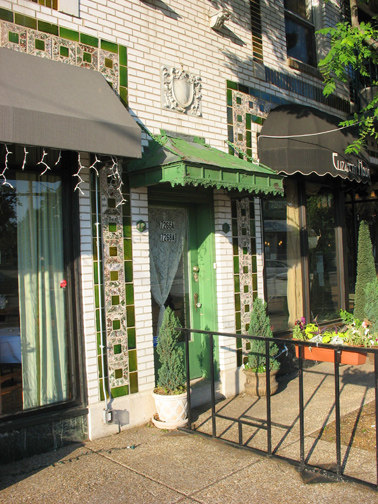 The elaborate facade of the Stertzing Building has long been a favorite of Maplewoodians. In this photo from 2006, the metal canopy over the center door and the terra cotta ornament above it can be seen. 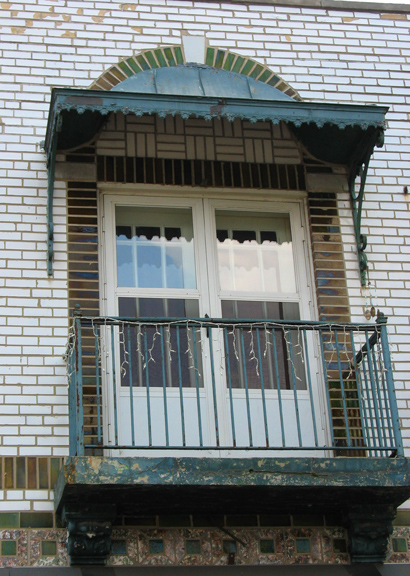 One will notice in this view of one of the two balconies how the circular metal canopy fit the pattern of the terra cotta facade. Some spalling can be seen on the white glazed brick above. Spalling is usually caused by the use of a mortar that is too hard. 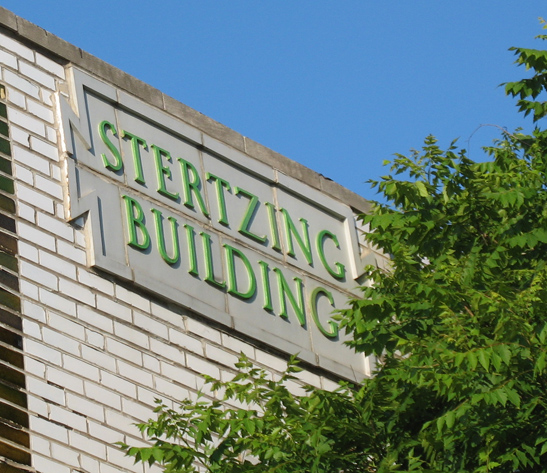 The building retains the plaque with the name of the first owner and builder. I would bet that the building once had a parapet with coping most likely removed during a modernization (should be called a mutilation). 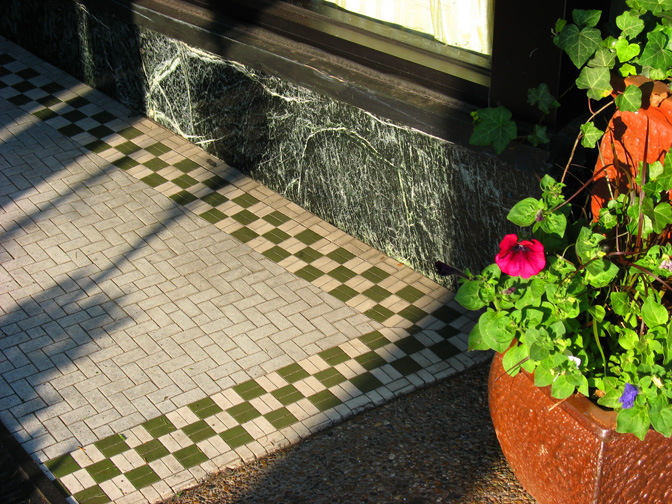 The basket weave (or herringbone?) field with a checkerboard border backed up by a nice piece of serpentine marble makes for a very attractive entryway. 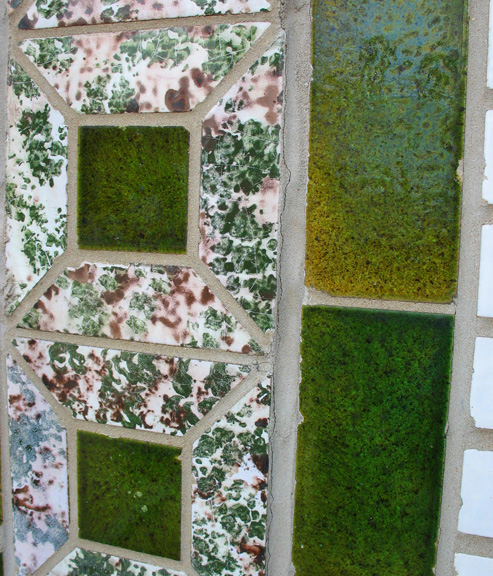 A closeup of the green-glazed brick paired with a glaze that looks to me like mortadella (or am I just hungry?). 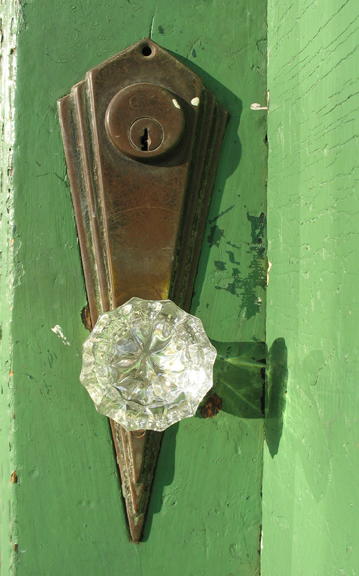 Pretty cool Art Deco doorknob and escutcheon on the door leading to the upstairs. Zillow gives a construction date of 1928 on this building.

18 thoughts on “Maplewood History: Mr. and Mrs. W.W. Stertzing and the Building They Left Behind”