This blog post is the fifth of a series showing photographs from the collection of Matt Irwin.

Recently, my wife and I sometimes find ourselves watching a certain one of the several home buying and remodeling shows that are currently popular.  In this particular show a couple looks at three different homes for sale and by the end of the show chooses one that may or may not need substantial remodeling.

It is a good show mostly but has one very annoying feature.  After each commercial break whoever produces the show feels the need to repeat details that the viewers were just given in the previous segment as if we might have forgotten them in the couple of minutes during the break.  I know…it’s filler.  Also some folks may have tuned in during the break.  But to all of us who have been watching the entire show, it’s annoying.

In my blog I may annoy you in some ways but I won’t annoy you by needlessly repeating details from recent past blogs.  If you are just tuning in and you don’t know who the three people in the title are, please take a look at the four blogs that immediately precede this one.

I should mention Matt Irwin retains all rights to these images.  I hope you enjoy these latest historic photos from Matt’s collection. 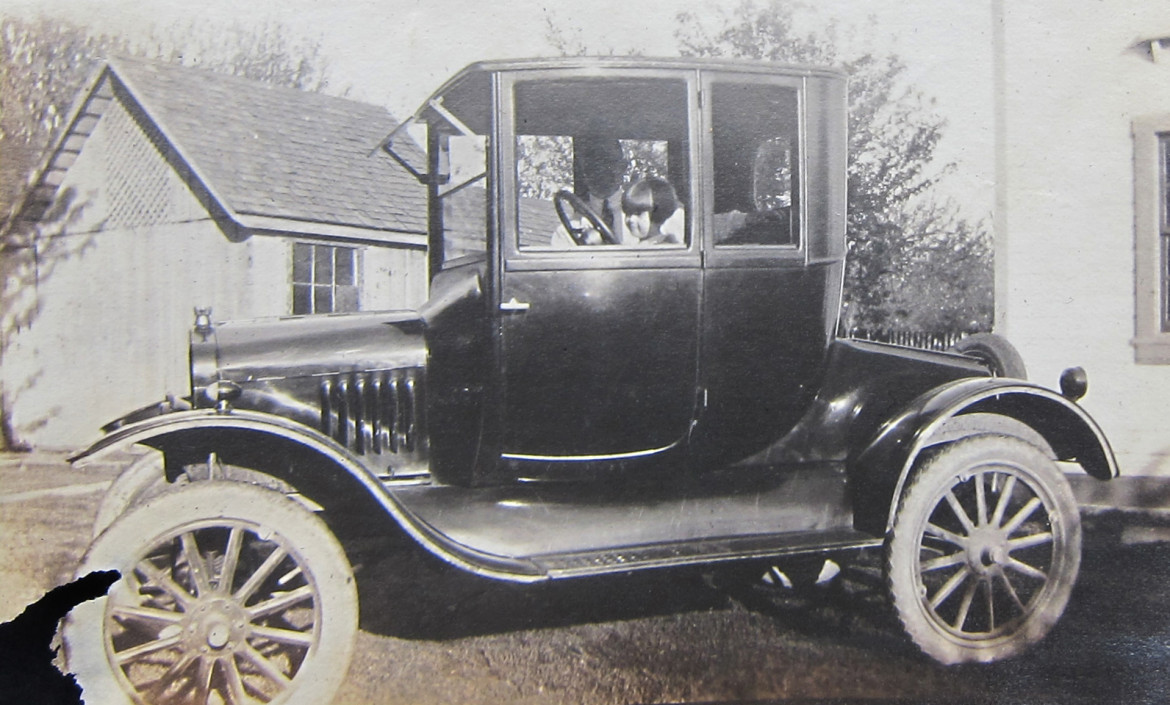 Let’s start with one of my favorites, the family car. I believe Marjorie is at the wheel with her father, Albert beside her. She was born in 1918 so that should give us an idea of the year of this photo. 1920 perhaps? The location is unknown. 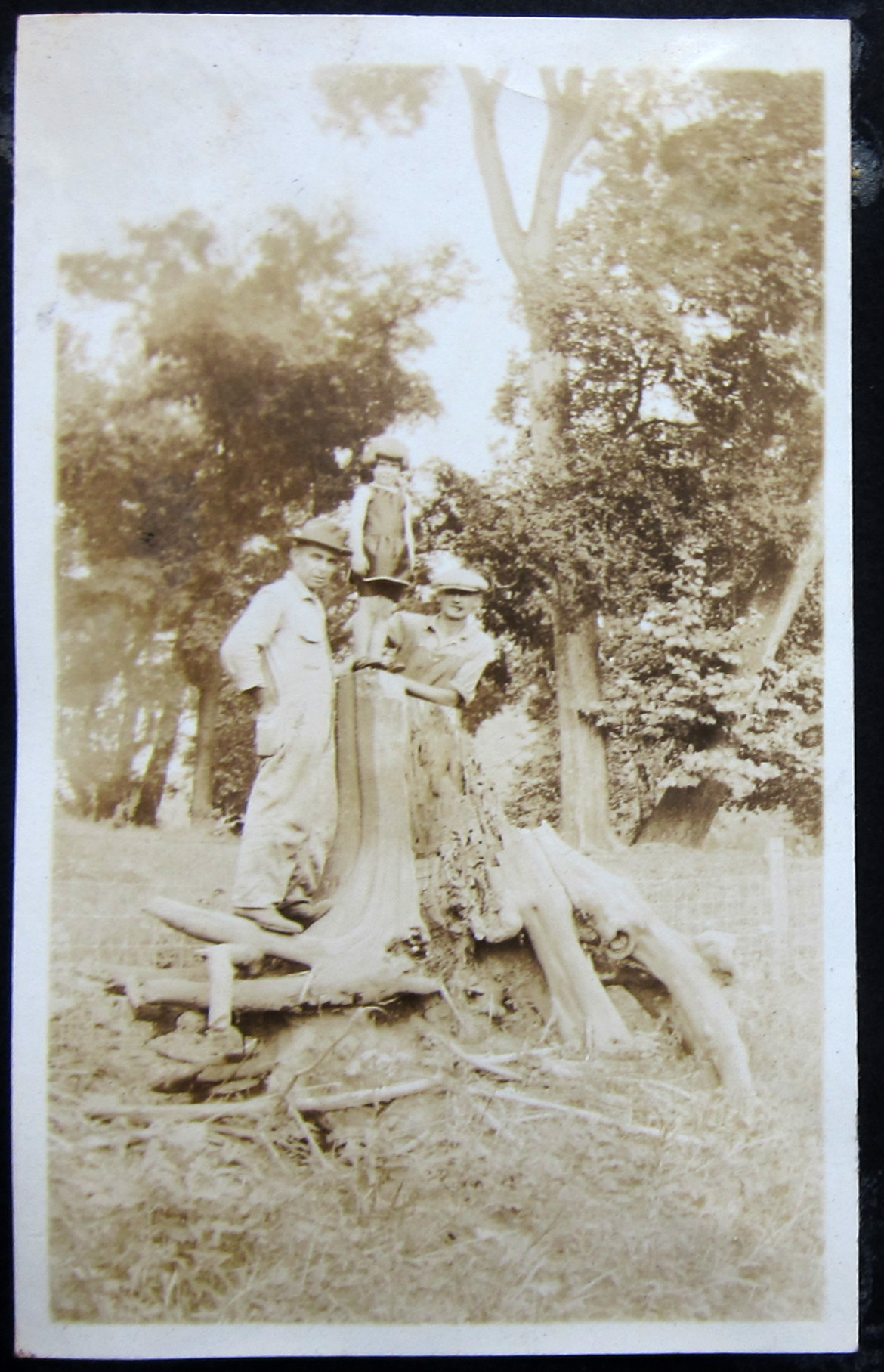 Here father Albert is on the left and Marjorie is on the stump. It is not known if this was an early indicator of a later interest in politics. The other gentleman and location are unknown as well. 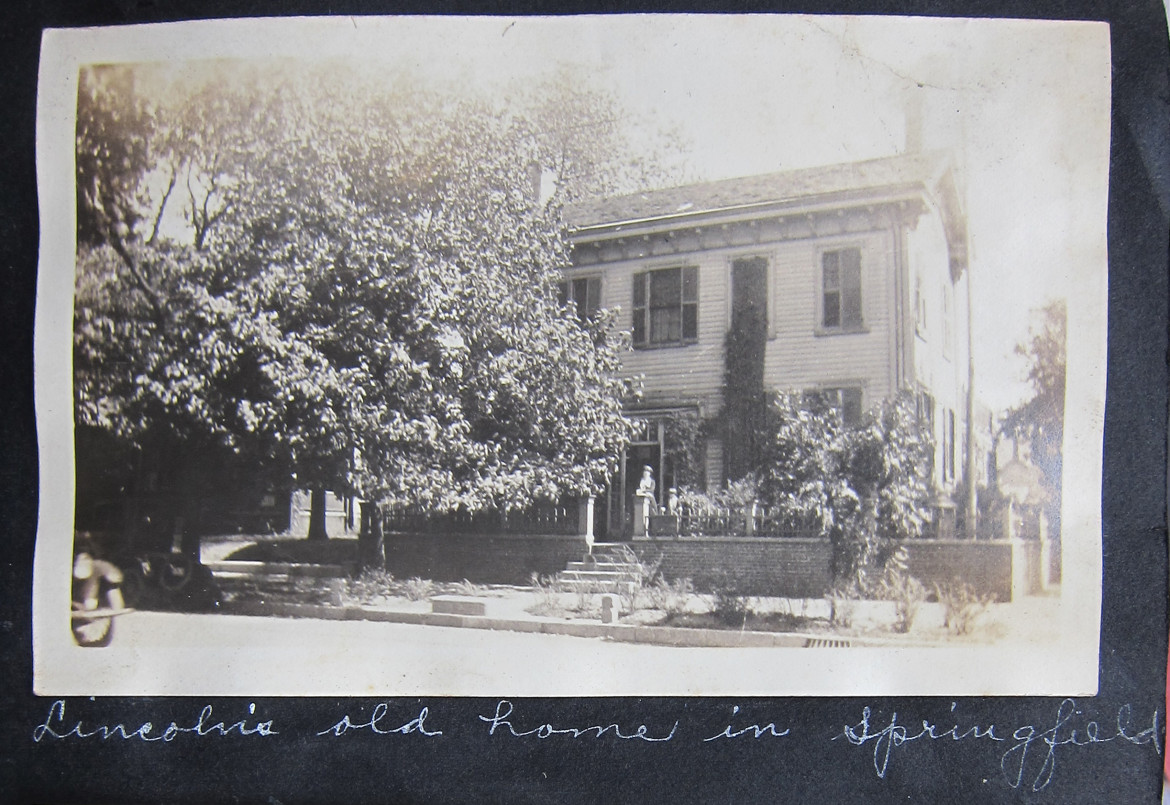 This is one of a cluster of photographs that were apparently taken on a family trip to Chicago. Two more of those photos were posted in the first post on this subject. Three more immediately follow. Look closely here and you’ll see Marjorie and Talitha in front of Lincoln’s home. 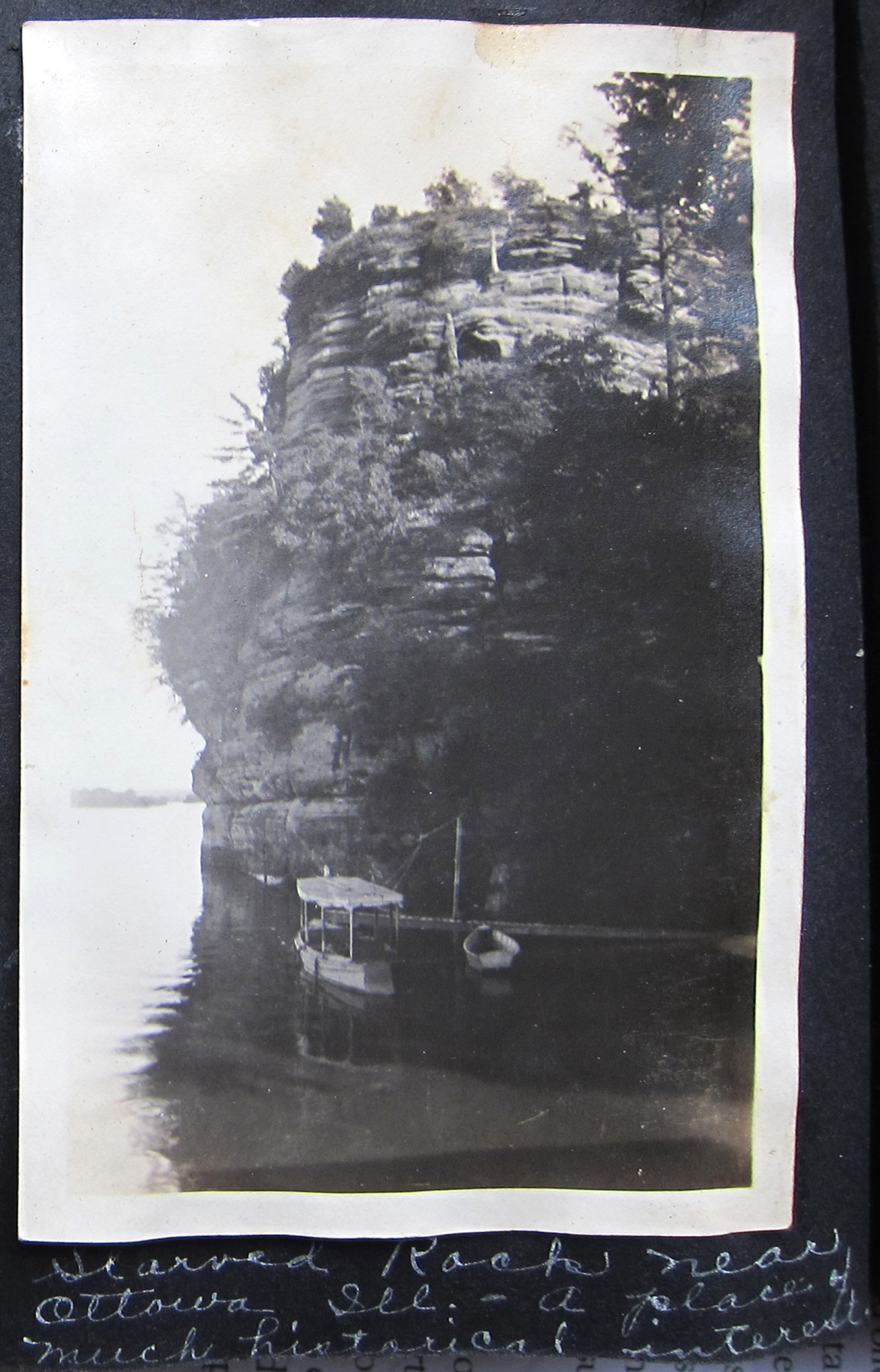 This stop at Starved Rock was part of the same journey. I wonder if that car in the first photo was their transportation on this trip. 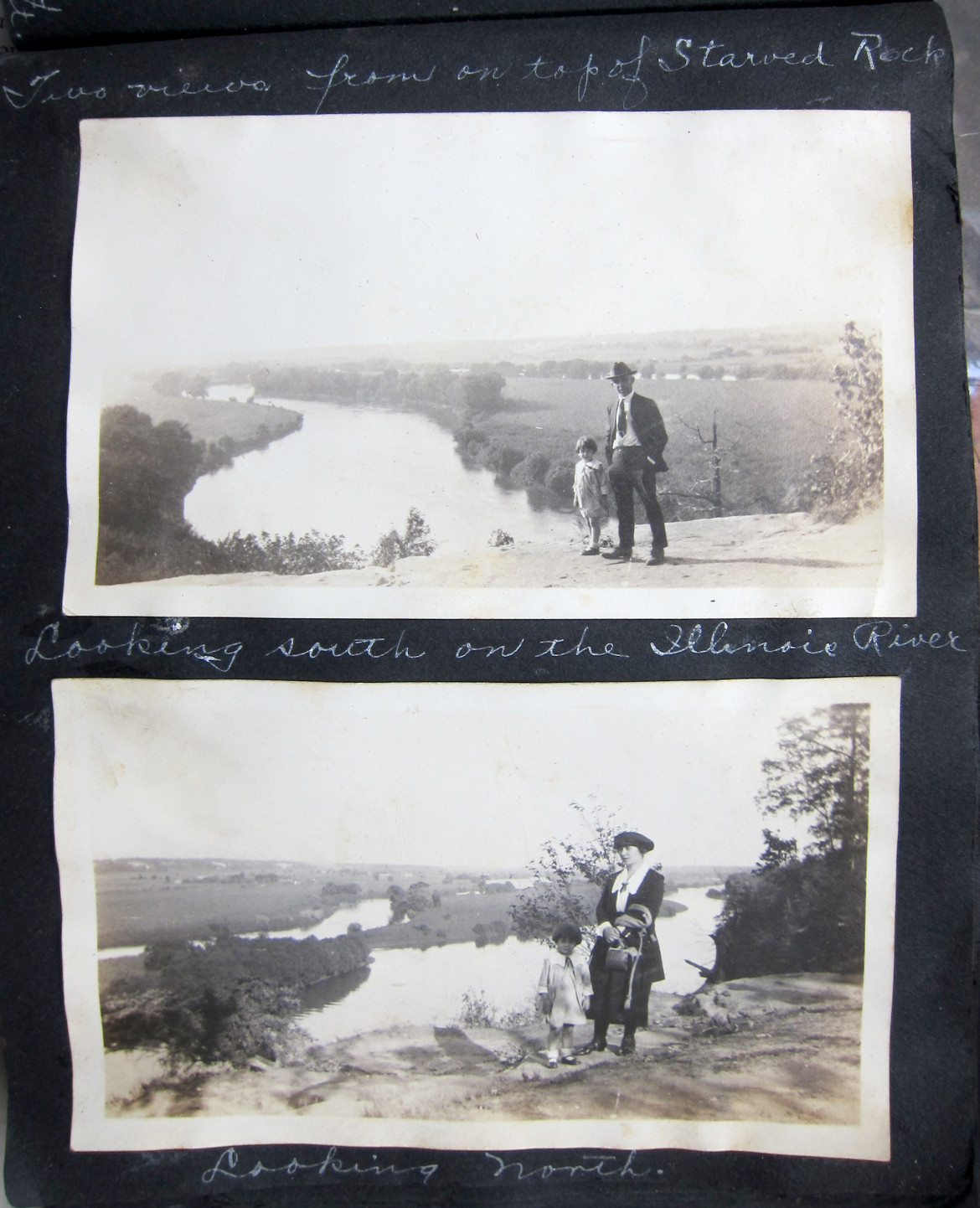 No trip to Starved Rock would be complete without taking in the view from the top. 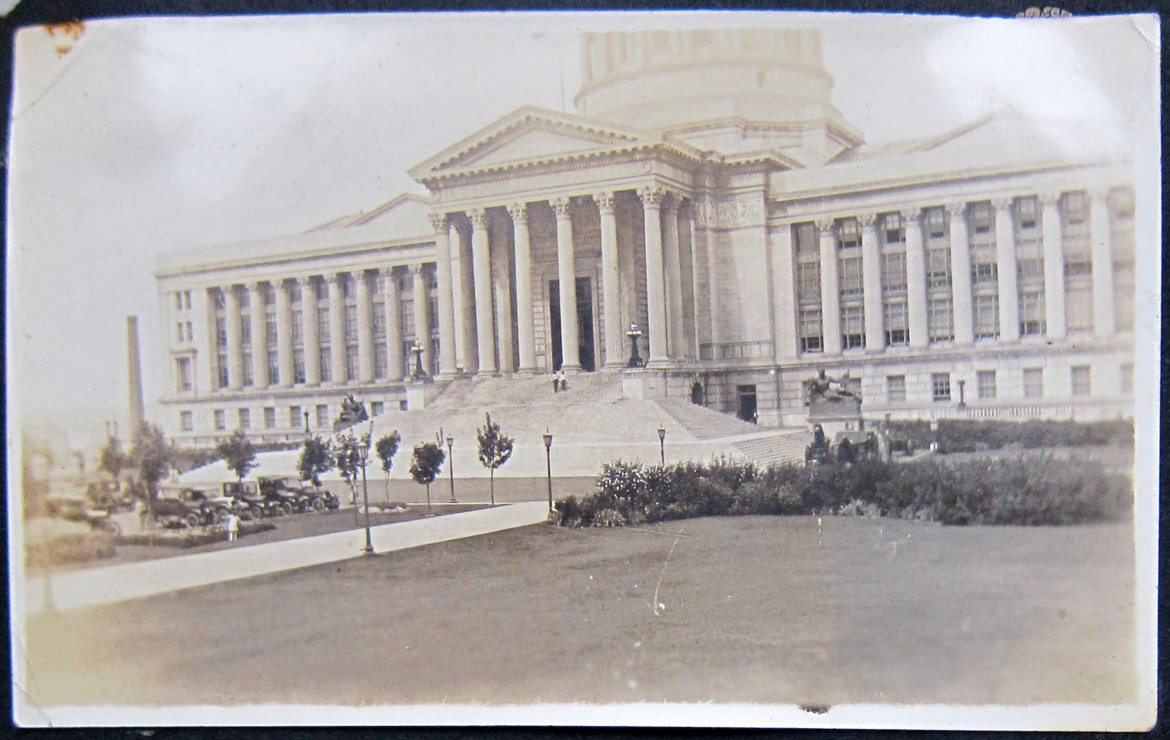 Since this photo is part of the same group I assume the building is the state capitol of Illinois. I have reason to believe that the small white figure by the cars is Marjorie. (Esley Hamilton has been kind enough to inform me that this is a photo of the Missouri State Capitol building.  1/21/15  DH) 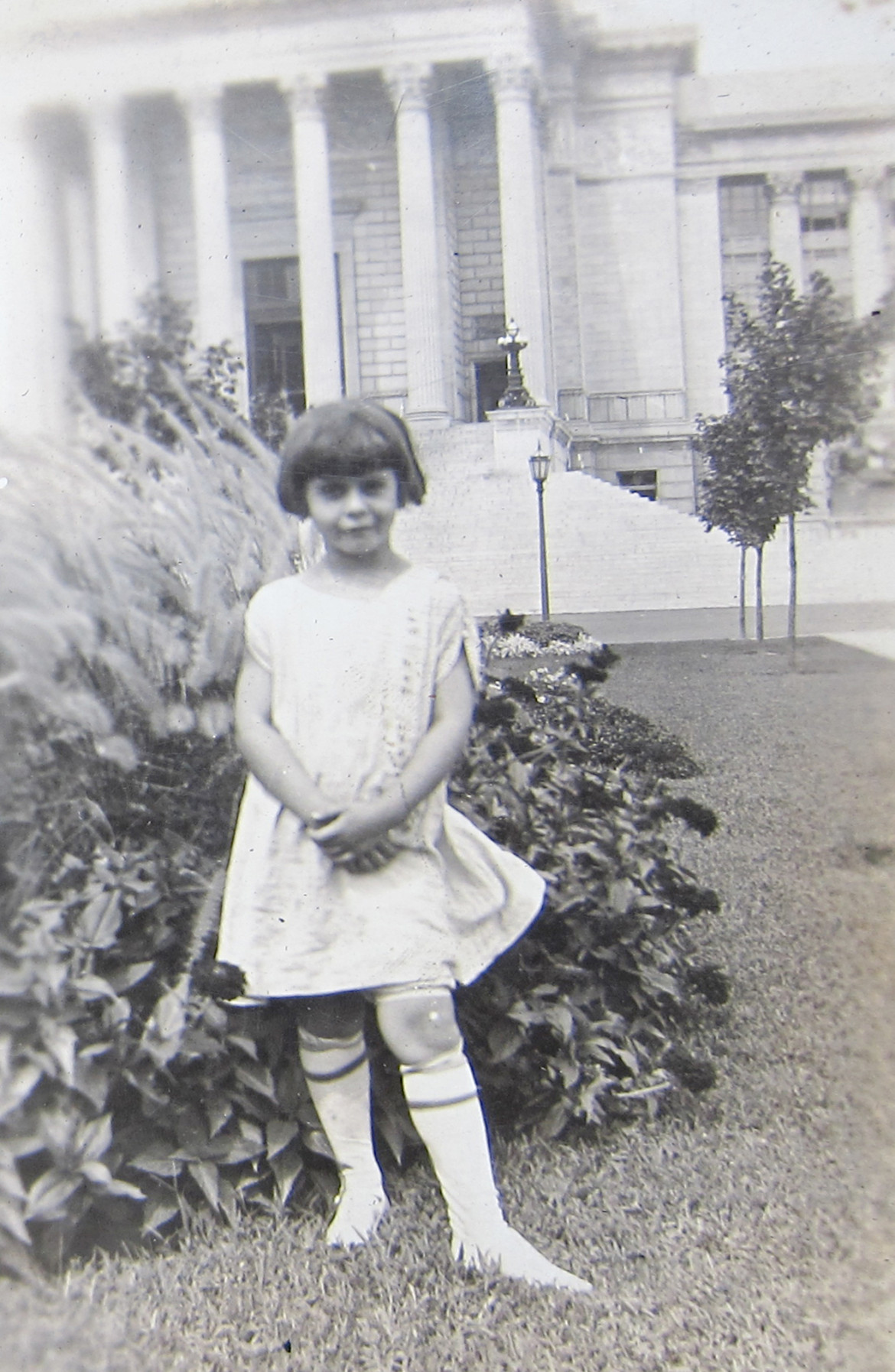 Here is the reason. 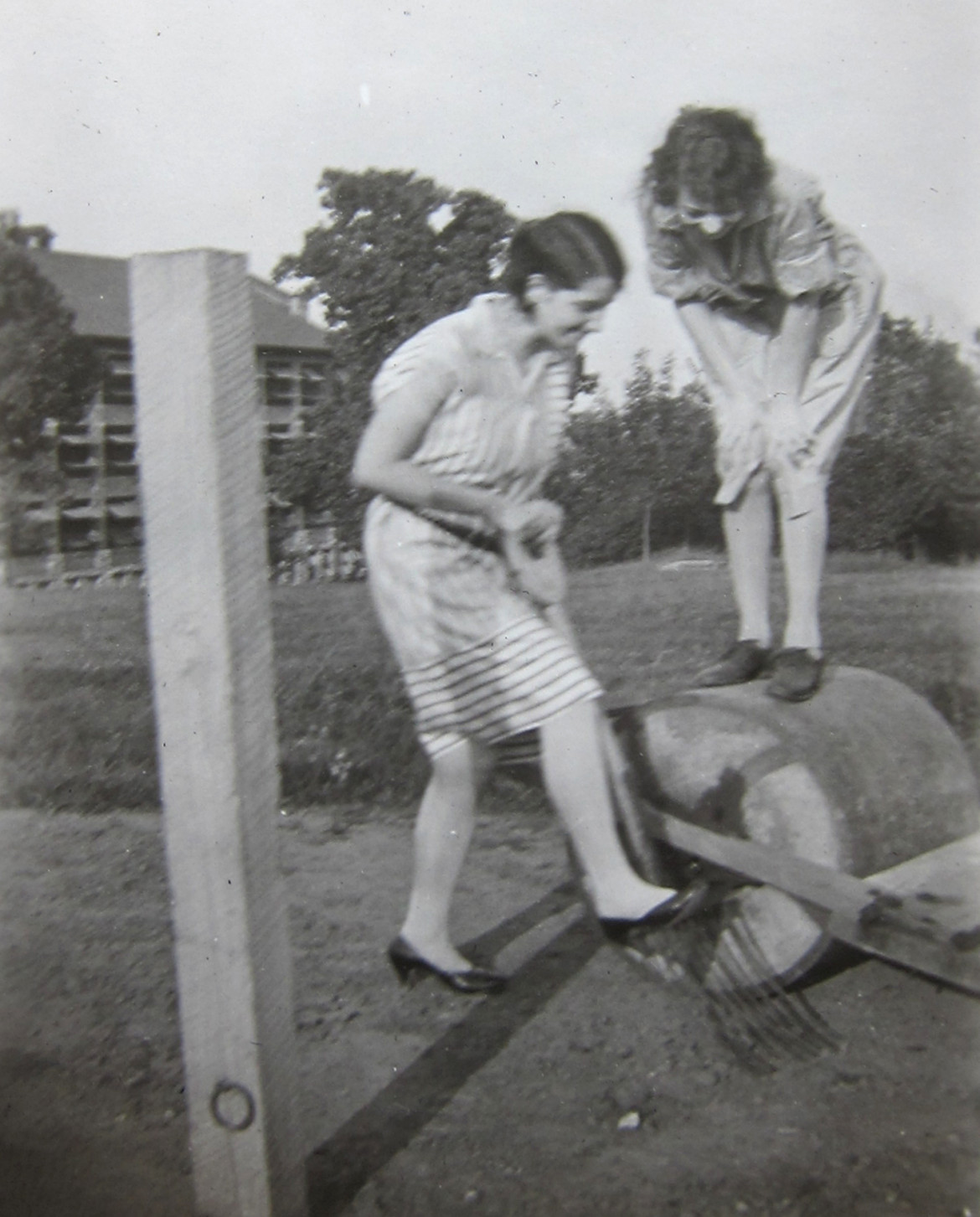 I have no idea who these two young ladies are but there is an important lesson to be learned from this photo and the next one. What starts out as friendly play… 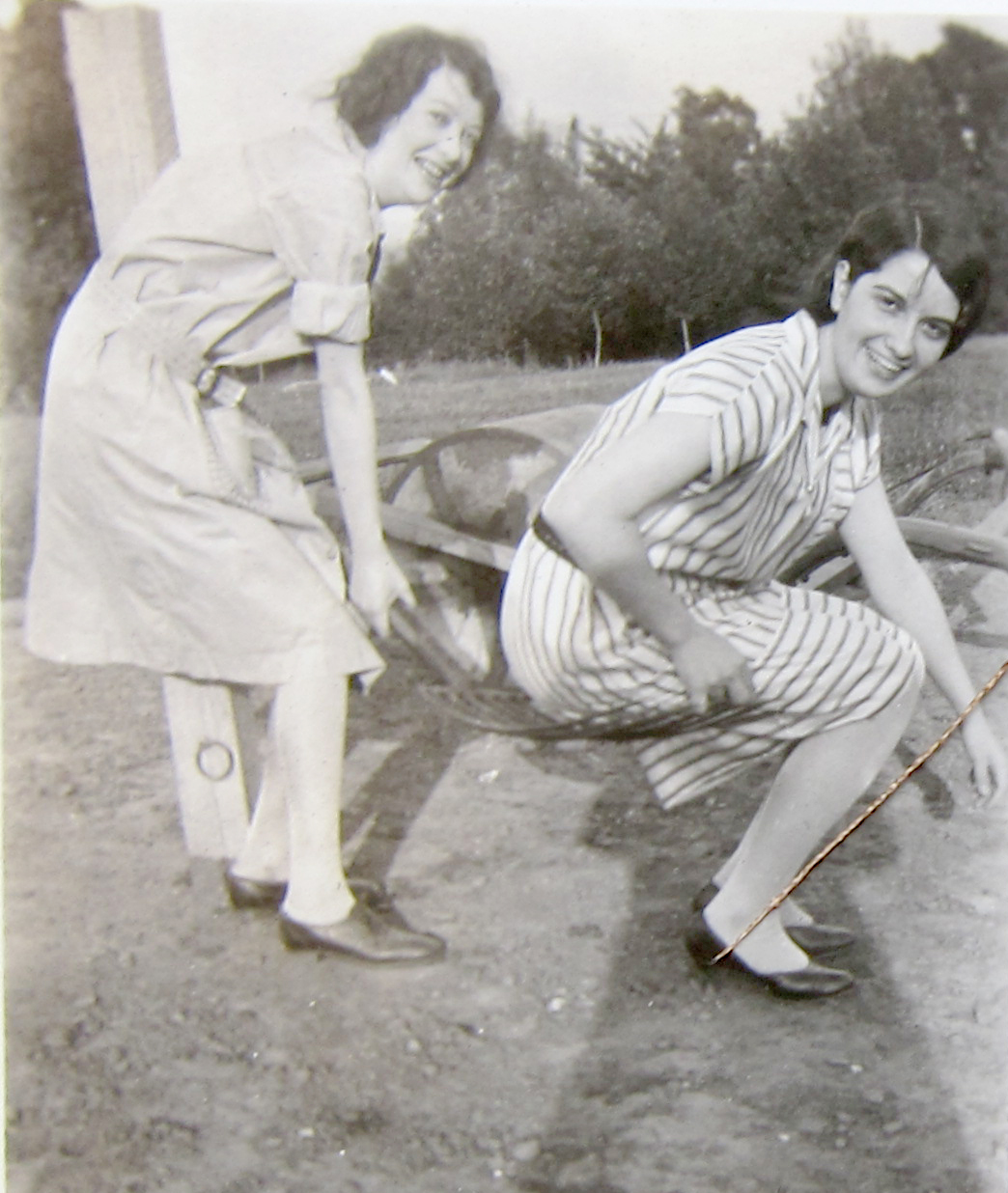 …winds up with someone getting hurt. Never leave young folks unsupervised around farm implements. 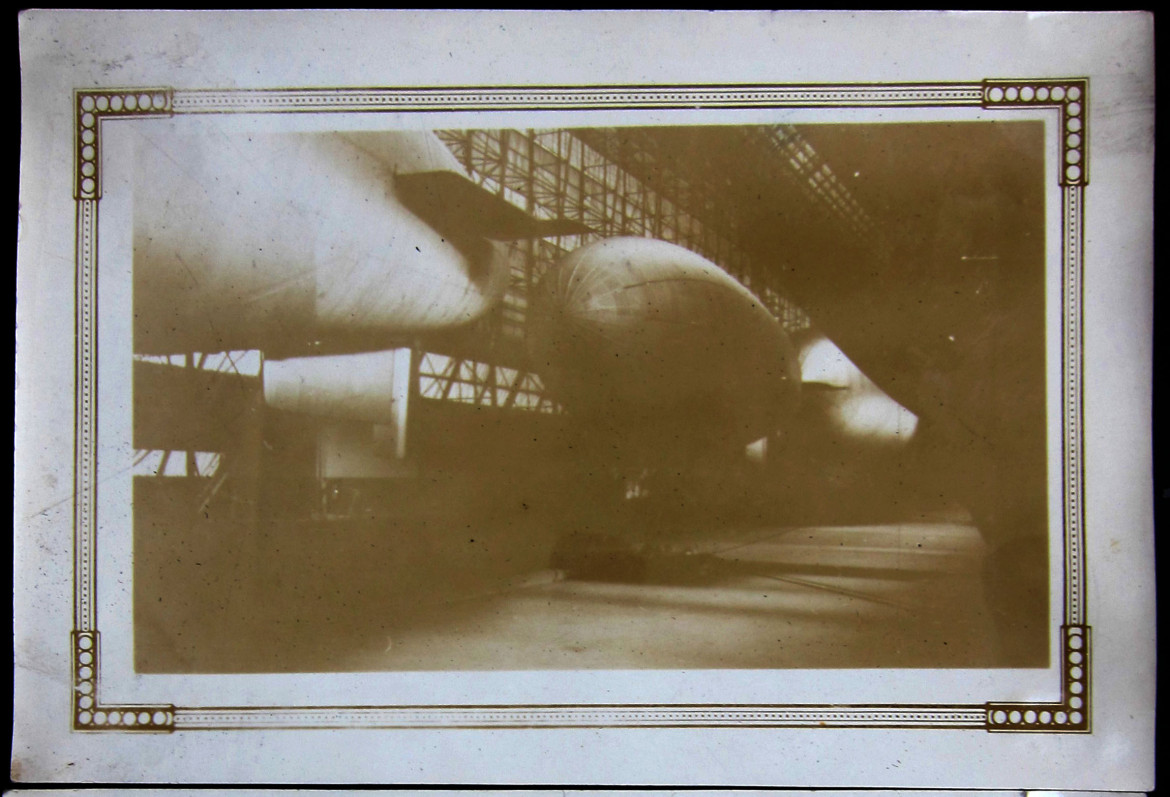 I’ll wind this post up with this interesting image they must have seen somewhere along the way. There will be more on Marjorie next post.

6 thoughts on “Maplewood History: Scenes from the Lives of Talitha, Albert and Marjorie Slavik”