The following photographs depict more scenes from the life of Talitha Wuellner, great-grandmother of Matt Irwin, generous sharer of his historic family images.

This post should perhaps be more accurately titled “Maplewood History Indirectly” for I don’t believe any of these photos were taken in Maplewood.

Talitha, after her marriage to Albert H. Slavik, would eventually spend much of her life in Maplewood but these images are from before that.

As I have mentioned before, Matt Irwin retains all rights to these photographs. 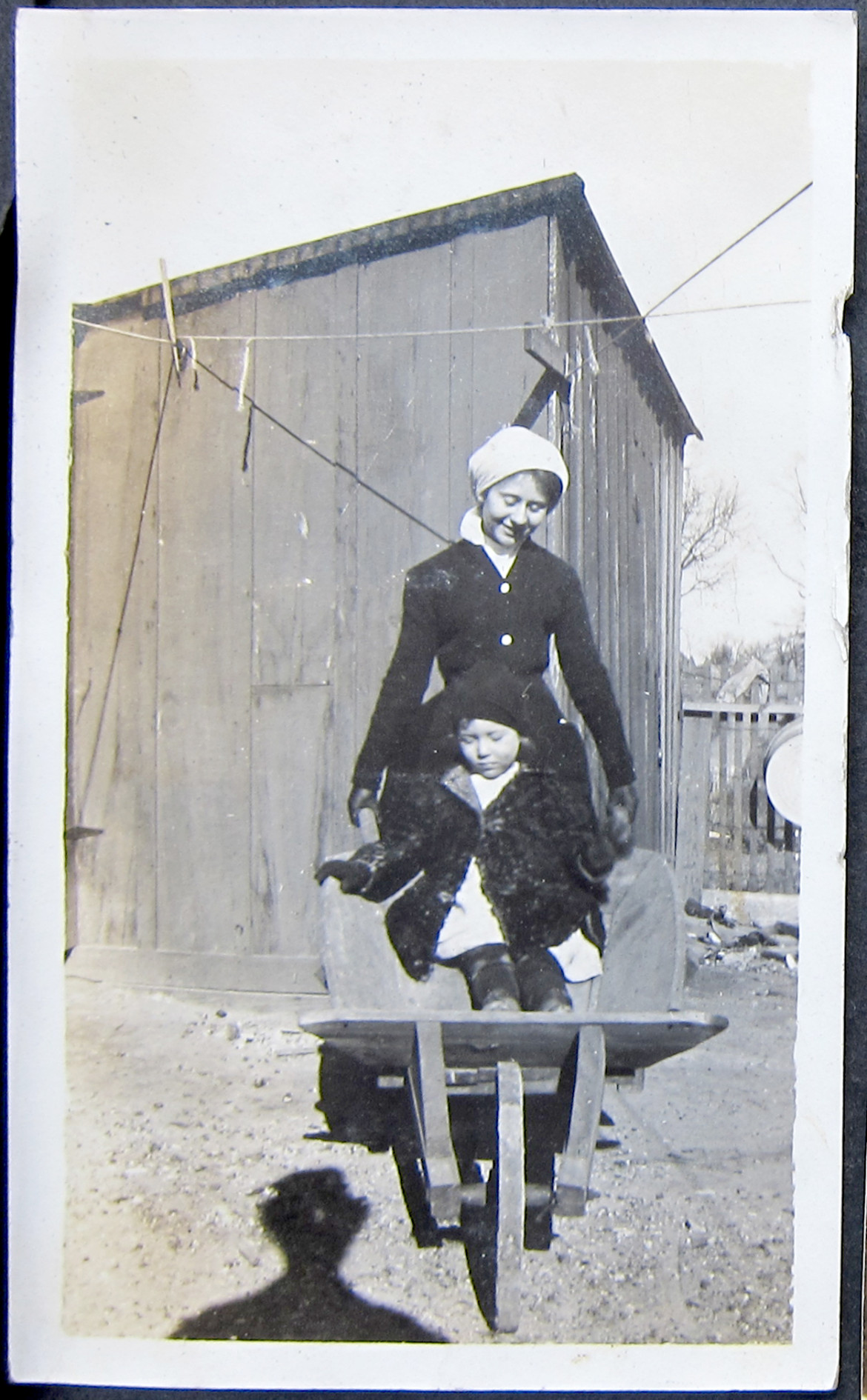 Amongst the Irwin collection are scenes from possibly two family farms. These first four images are on the pages that contain photos from Talitha’s premarital life. Here we have an unidentified woman wheel barrowing an unidentified child. The only thing I can say for sure is that is a wheel barrow. 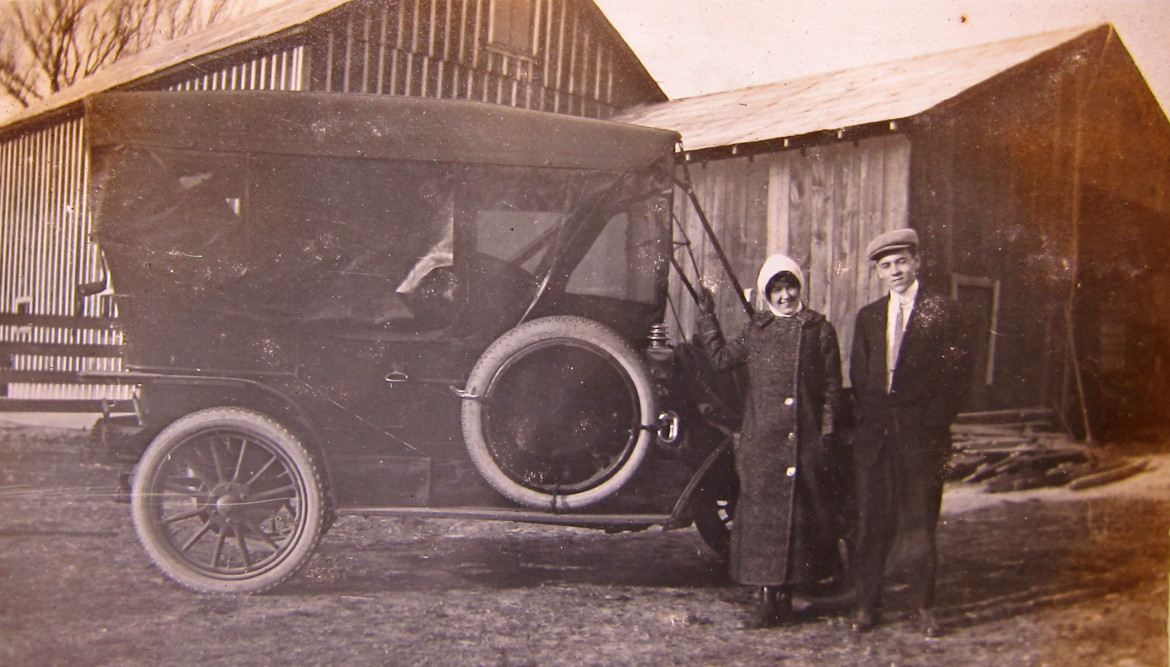 No information on this photo either but that is a pretty fancy ragtop. This is a bit before the push a button and it all goes in the trunk. 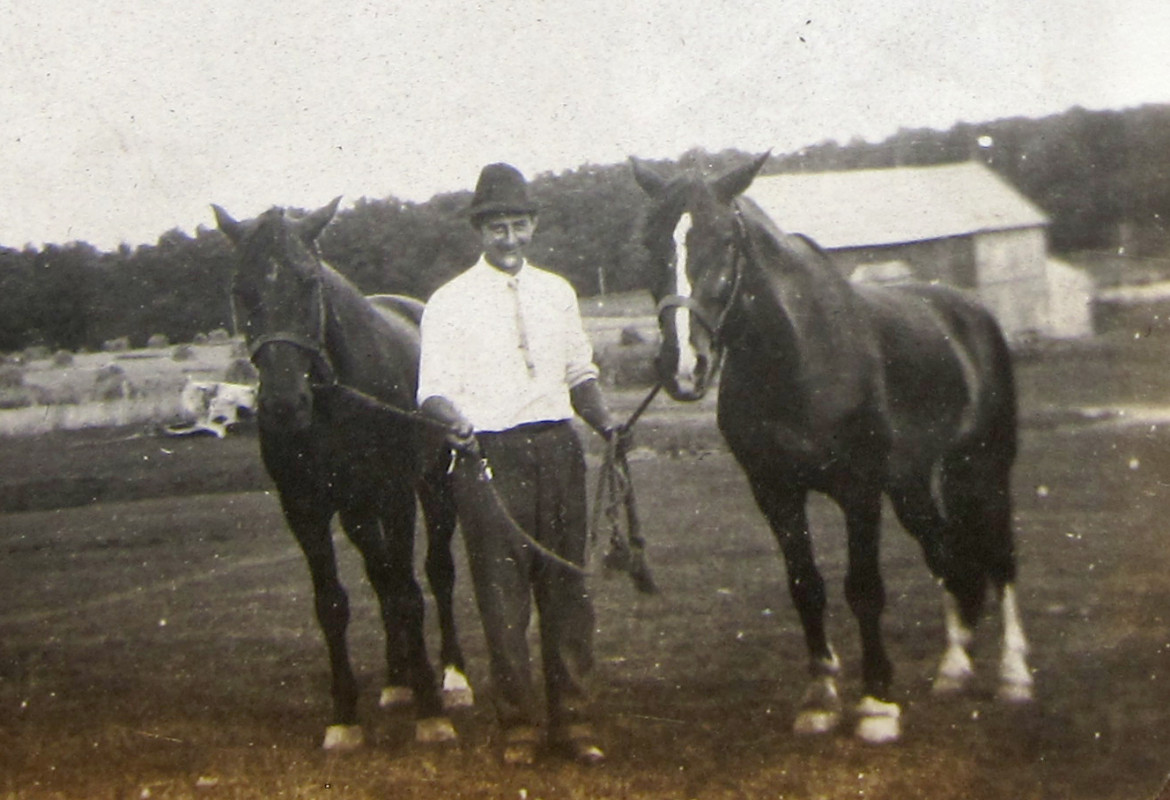 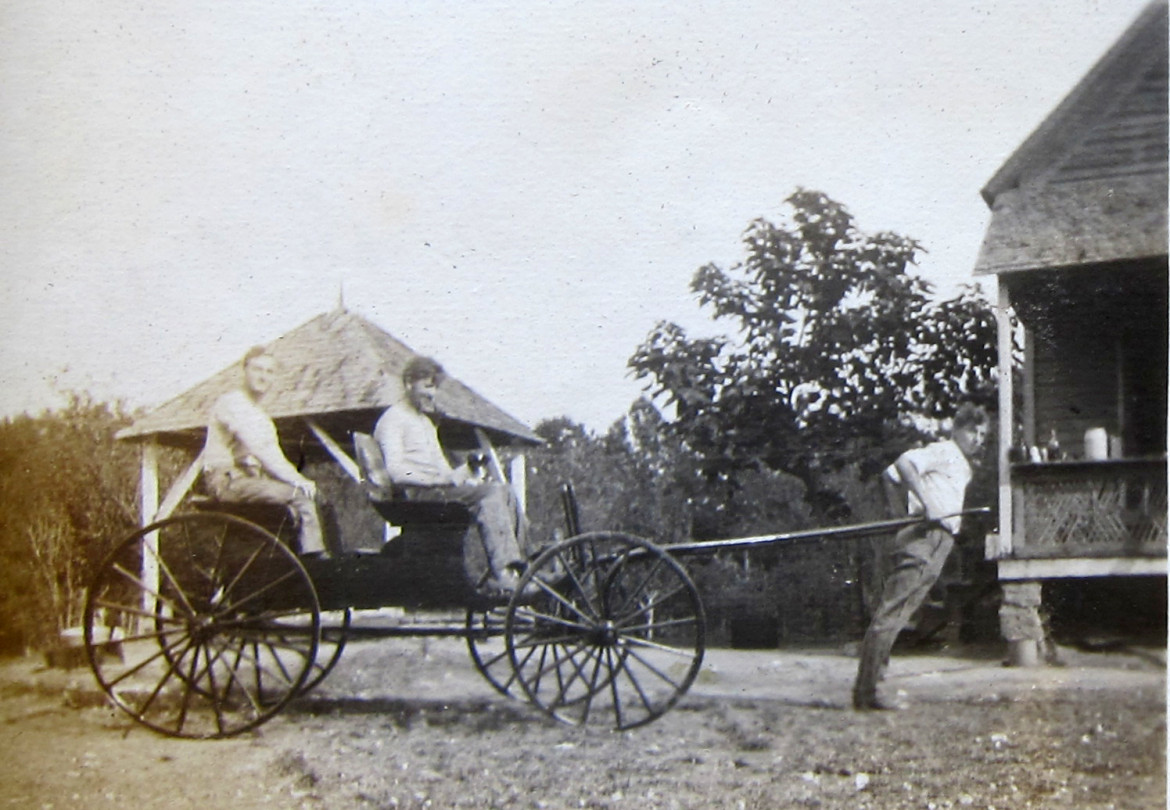 I don’t know who these guys are either but I hope they connected up with the man in the previous picture. He has just what they need. 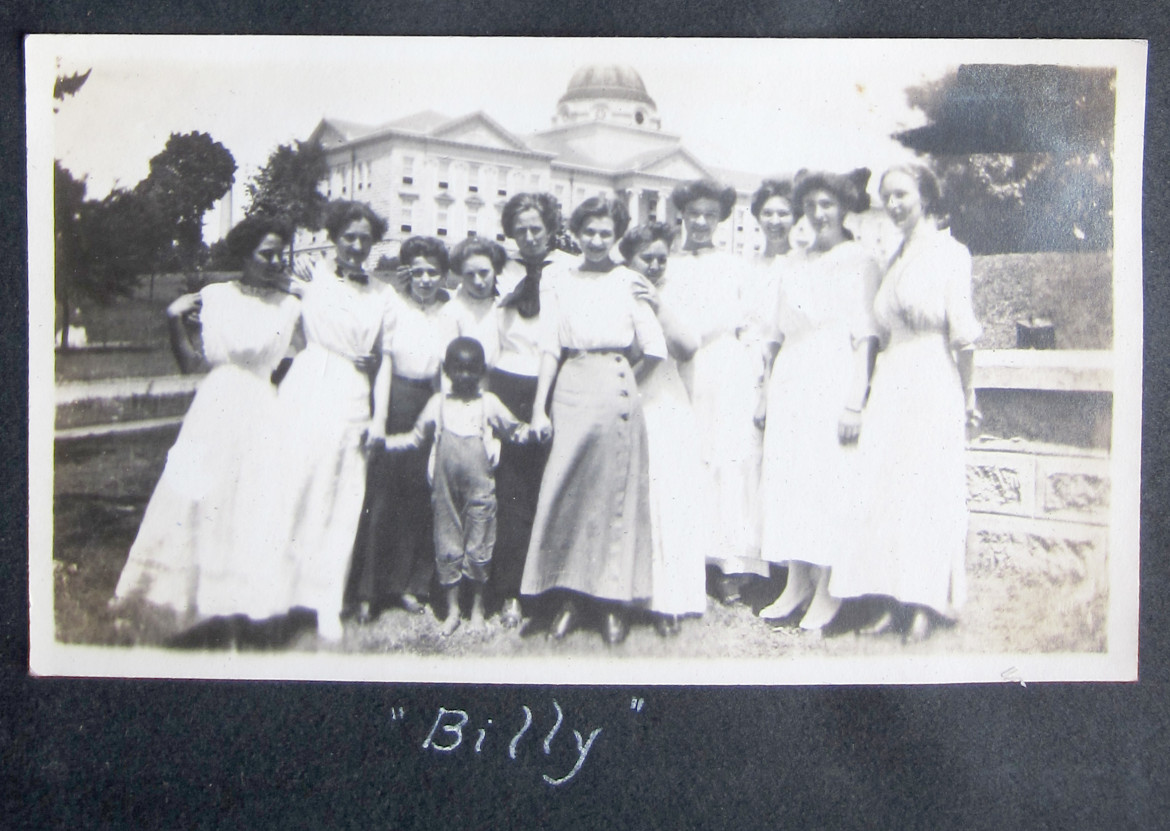 This image was made on the campus of the state university at Cape Girardeau.  Most of the women in these photos taken on campus are wearing all white dresses.  I’m guessing that the woman in the very center is Talitha. 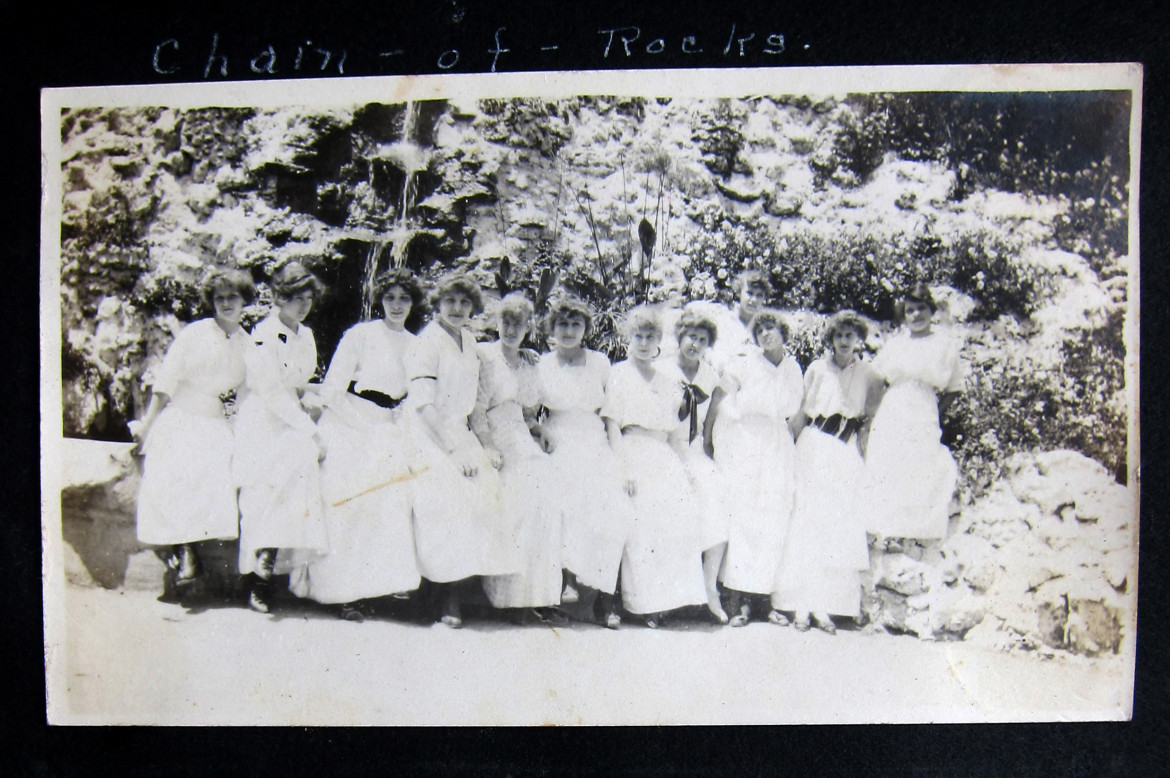 This seems to have been a field trip to Chain-of-Rocks. 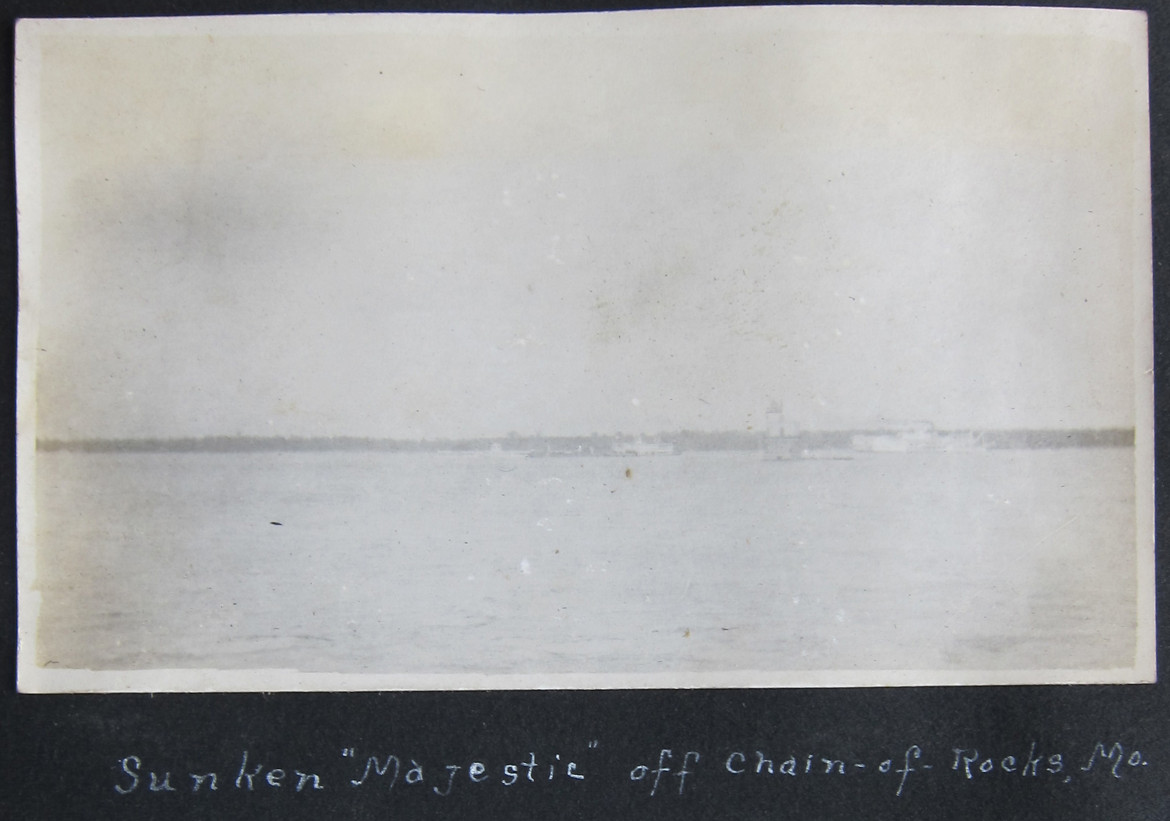 And on that field trip they seem to have seen a sunken boat.

I tried to amp it up a bit with Photoshop. The one on the right sure looks like a sidewheeler. I’m thinking on the left just the wheel house and upper deck are still above water . In the middle is the still beautiful intake “castle” for the Chain-of-Rocks water treatment plant for the City of St. Louis. 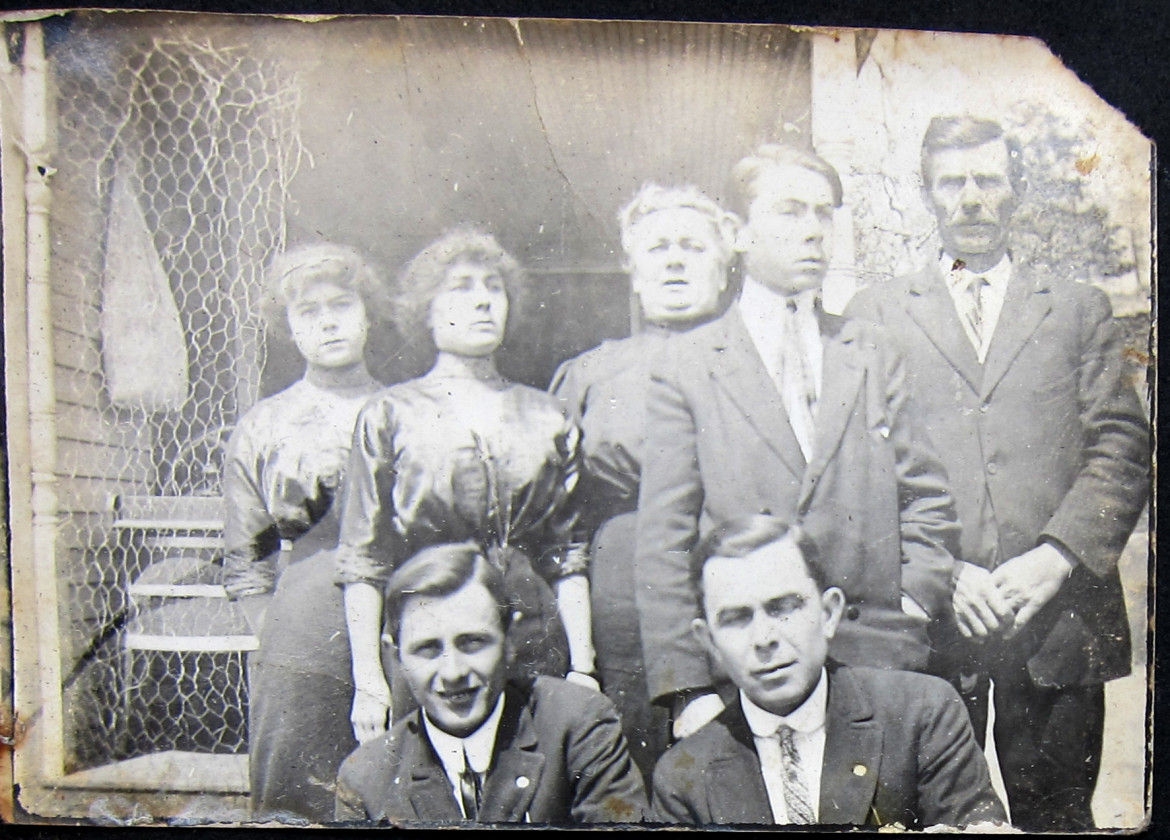 And finally, towards the end of the exclusively Talitha photos, her soon-to-be or new husband, Albert, makes his debut at lower right.