Think about it. There are a lot of adjectives that could be put in the blank. Such as Lost. Or how about Recently Removed? Vanished? Dislocated? I’m sure the reader can think of a few as well.

Rumor has it that the cabinetry is still in the building. Let’s hope so. How about the assorted pieces that were shown in the photographs accompanying my first post on the subject? Are they being stored or have they been discarded? Mr. Schlafly your response to those questions would be greatly appreciated.

I’d like to be clear that I regard David Schlafly who I’ve been told is the owner of the Cape-Harper Building and John Hickey, the director of the Eastern Missouri Group of the Sierra Club, as honorable gentlemen with whom those of us who care about the historic fabric of Maplewood have a disagreement. In my discussion with Mr. Hickey I mentioned that some kind of publicity is going to come from this campaign to return the cabinets to their original locations.

This is the message we’ll have to get to the Sierra Club membership. A number of who have already expressed their unhappiness with the local director’s office plan. Of course we don’t know what that plan is. We just know the cabinets supposedly won’t work in it.

If we don’t get a commitment shortly, the National Trust for Historic Preservation, This Old House magazine and others (I’m sure the readers will have some good suggestions) might think this an interesting enough story to give some national coverage.

The resulting PR about a community caring what happens to their historic fabric will be good for Maplewood. But for the Sierra Club…probably not. 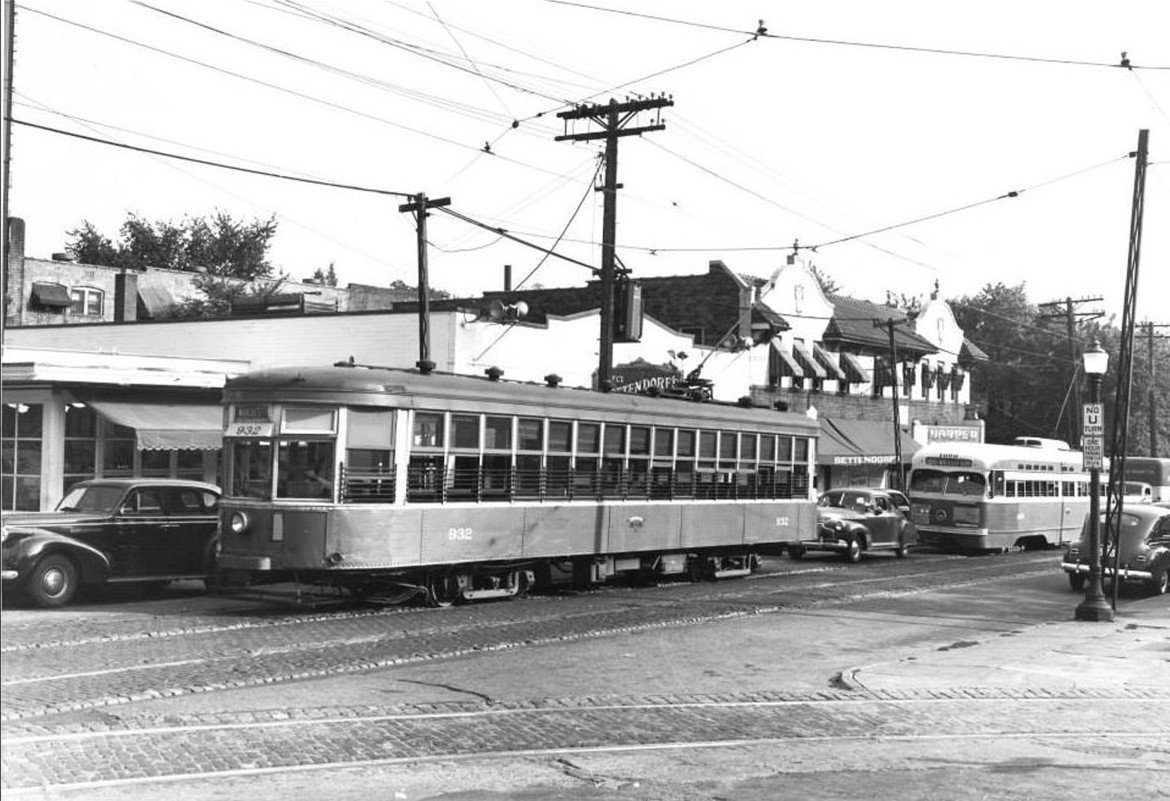 This view of Harper’s pharmacy and the first Bettendorf’s store was taken in the 1940’s judging by the automobiles. I found this on the Facebook page called Vintage St. Louis.

5 thoughts on “Maplewood History: The (fill in the blank) Cabinetry of Harper’s Pharmacy”