From the comments I’ve been receiving, many folks have positive memories of the Maplewood Theater.  Here are some more photos of this object of our affection. 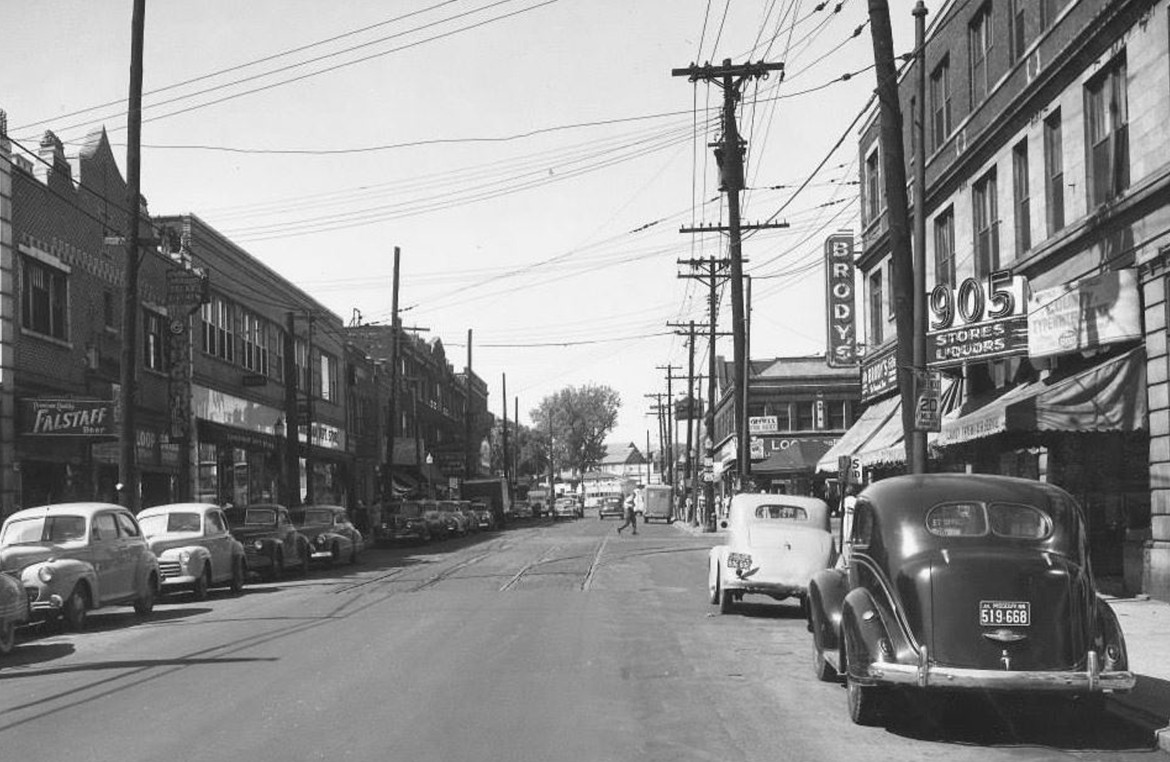 The location of this 1949 image is the 7100 block of Manchester looking west. The streetcar tracks are being paved over. The Maplewood Theater is visible in the distance on the left. 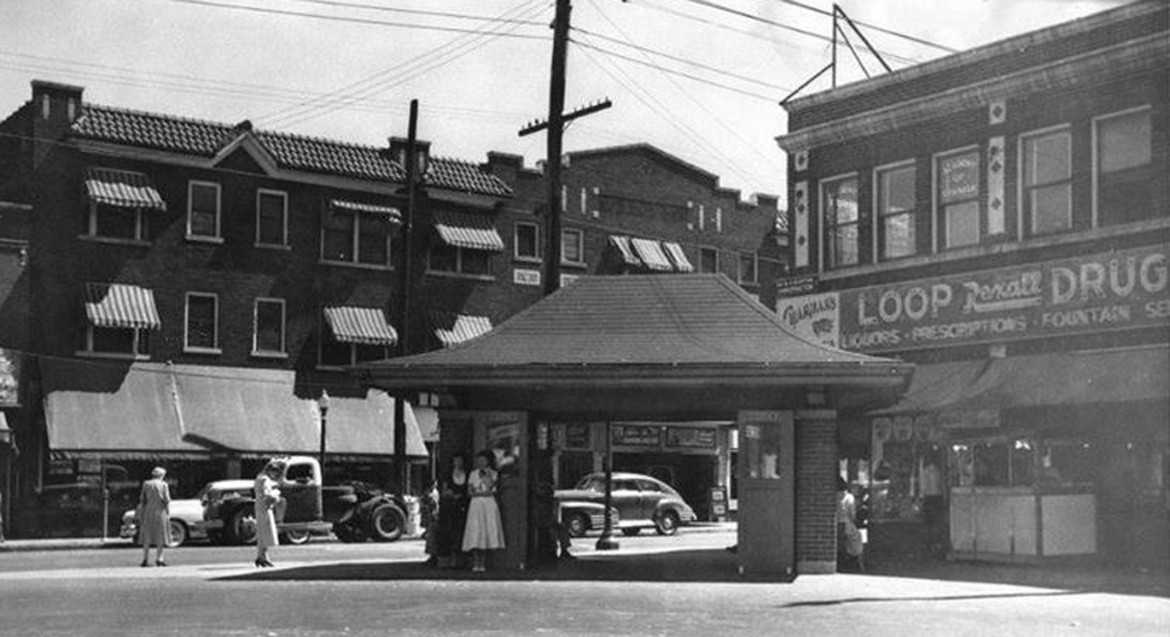 In this photo the marquee is visible directly through the streetcar shelter.  The Loop Drug building no longer exists.  This photo and the one prior were probably found on the Facebook page called “Vintage St. Louis.”

This image I took with a telephoto lens in 2010 standing just west of the Tiffany Diner. The Maplewood Theater building is just past the large brick building in the center. I thought this image interesting because I had never noticed how much of a grade change existed in our business district.  The white Continental Life building on Grand  is on the horizon on the left.  Straight ahead the spire of St. Francis Xavier at Grand and Lindell is visible. 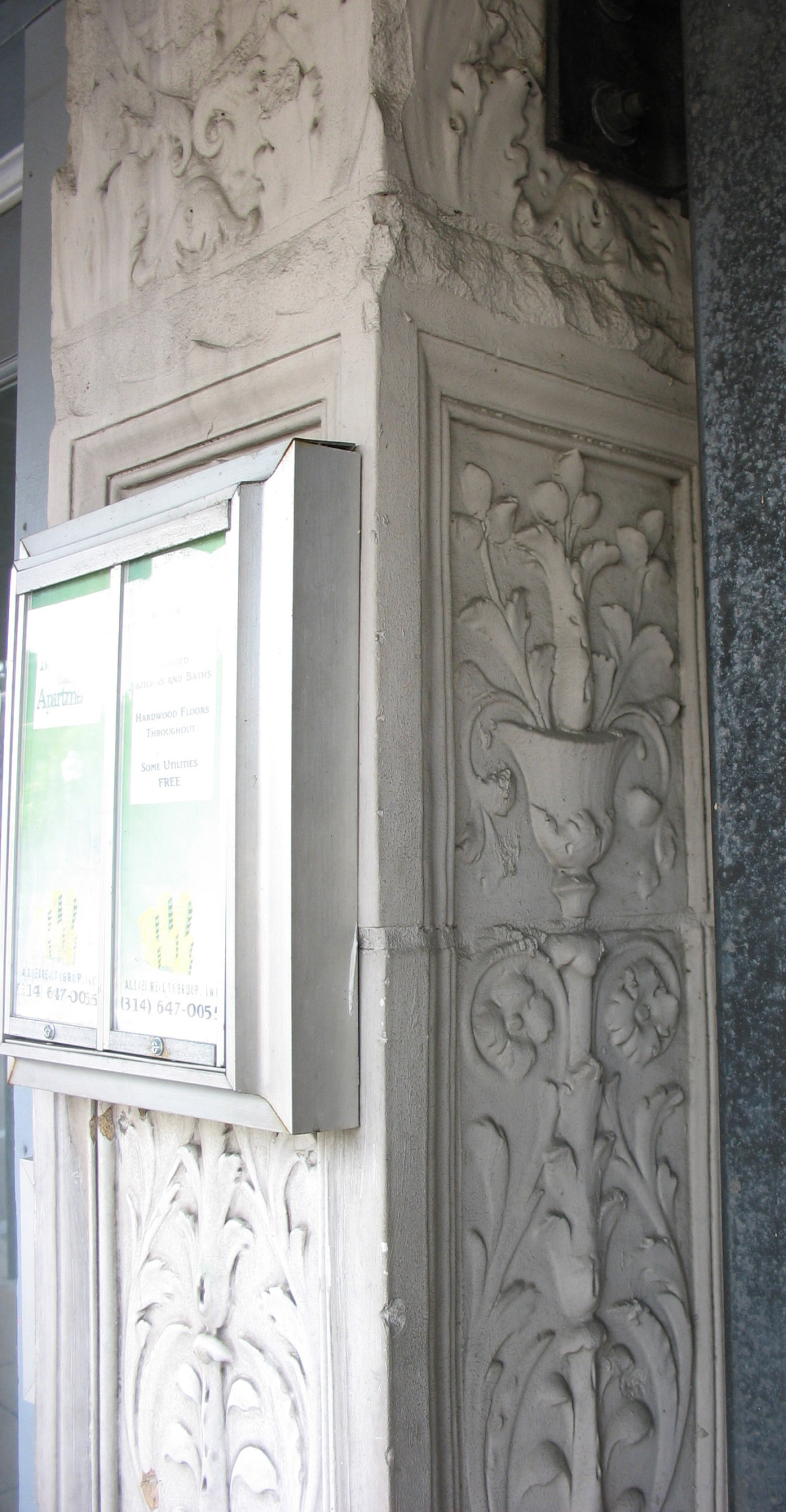 Classically ornamented terra cotta next to the former entrance to the theater.

Terra cotta ornament from higher up. The Cinema Treasures website entry calls this building Art Deco. Nothing about it looks Art Deco to me. 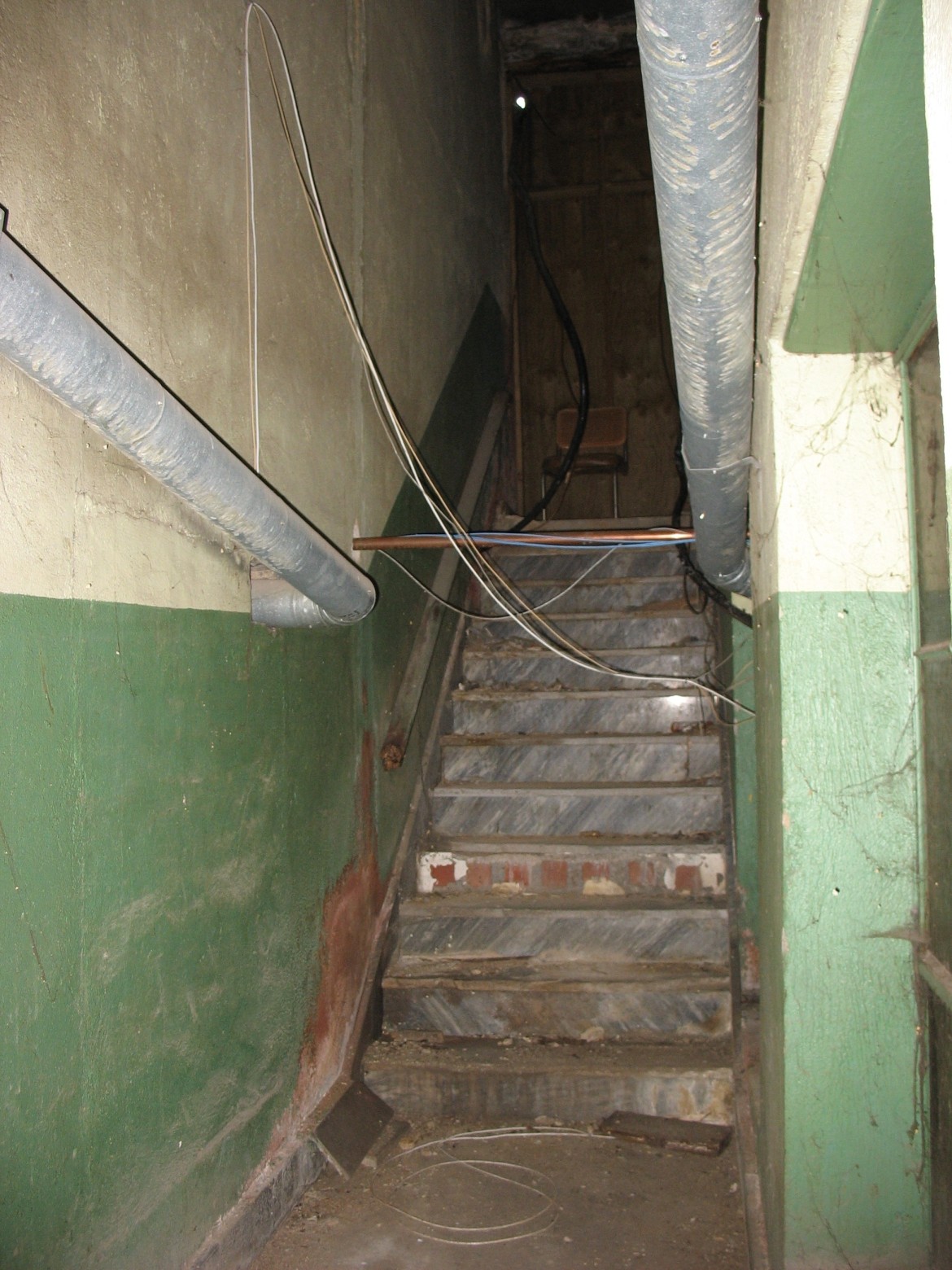 Marble staircase from Manchester to the basement. 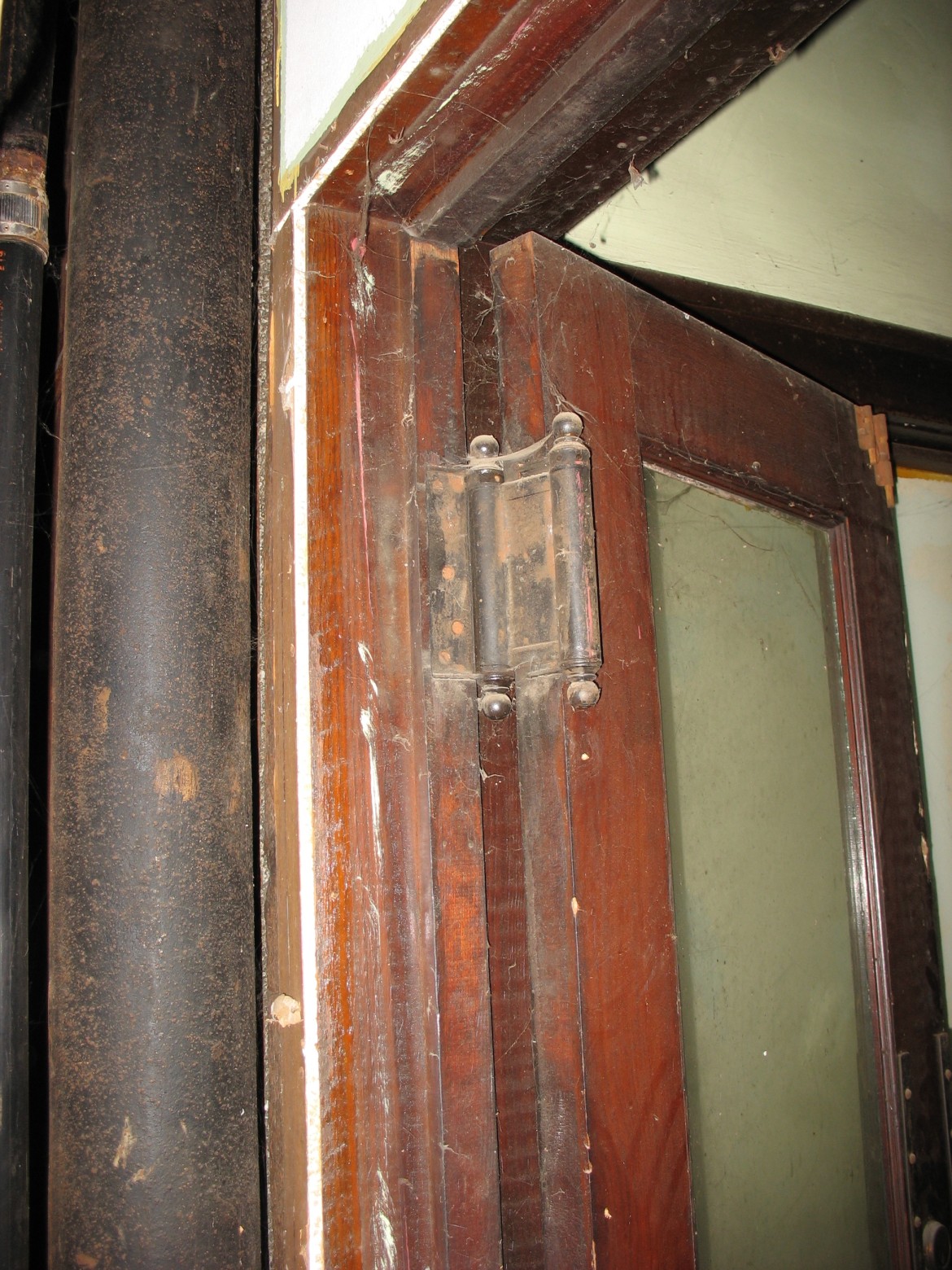 A two way door hinge on a little office in the basement. Local legend has it that the basement once held a speakeasy. I didn’t see anything in 2007 when I took these photos that would confirm that. 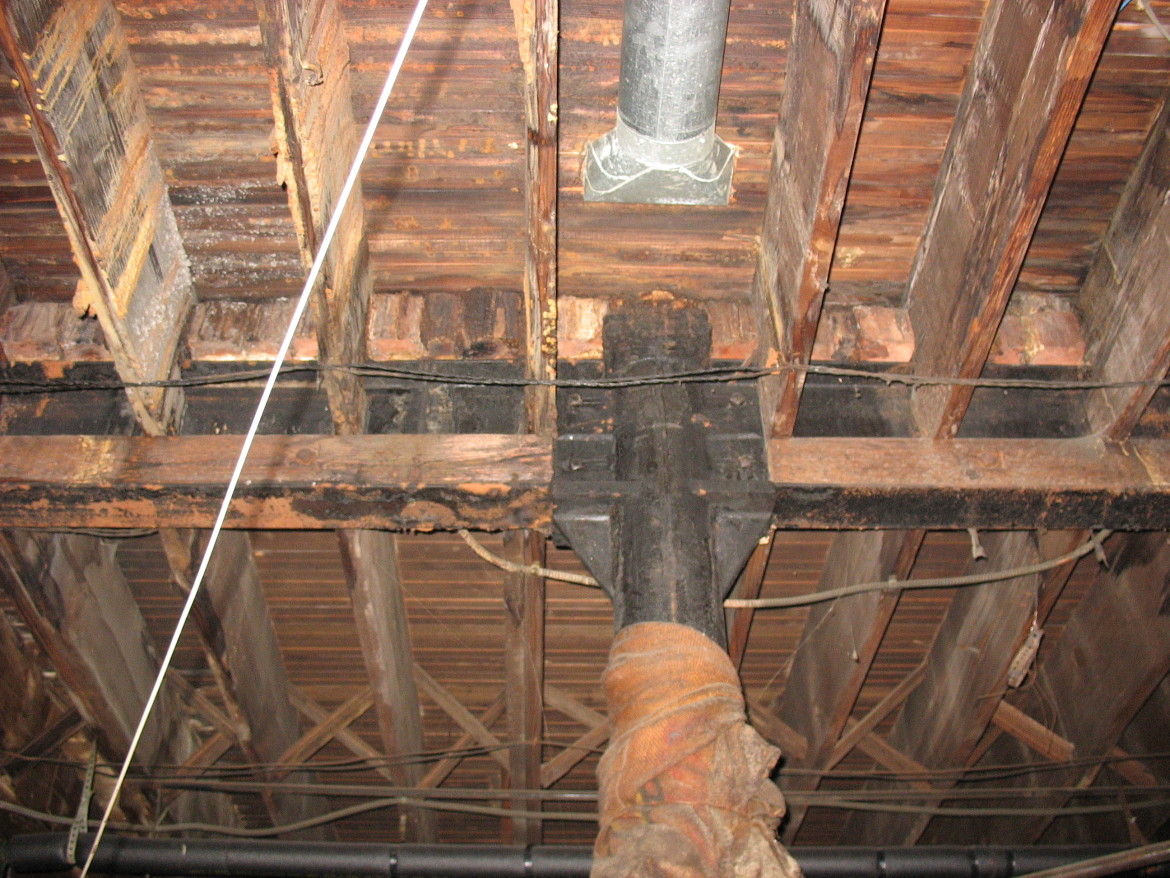 If not necessarily mysterious the structure looks solid from the basement. 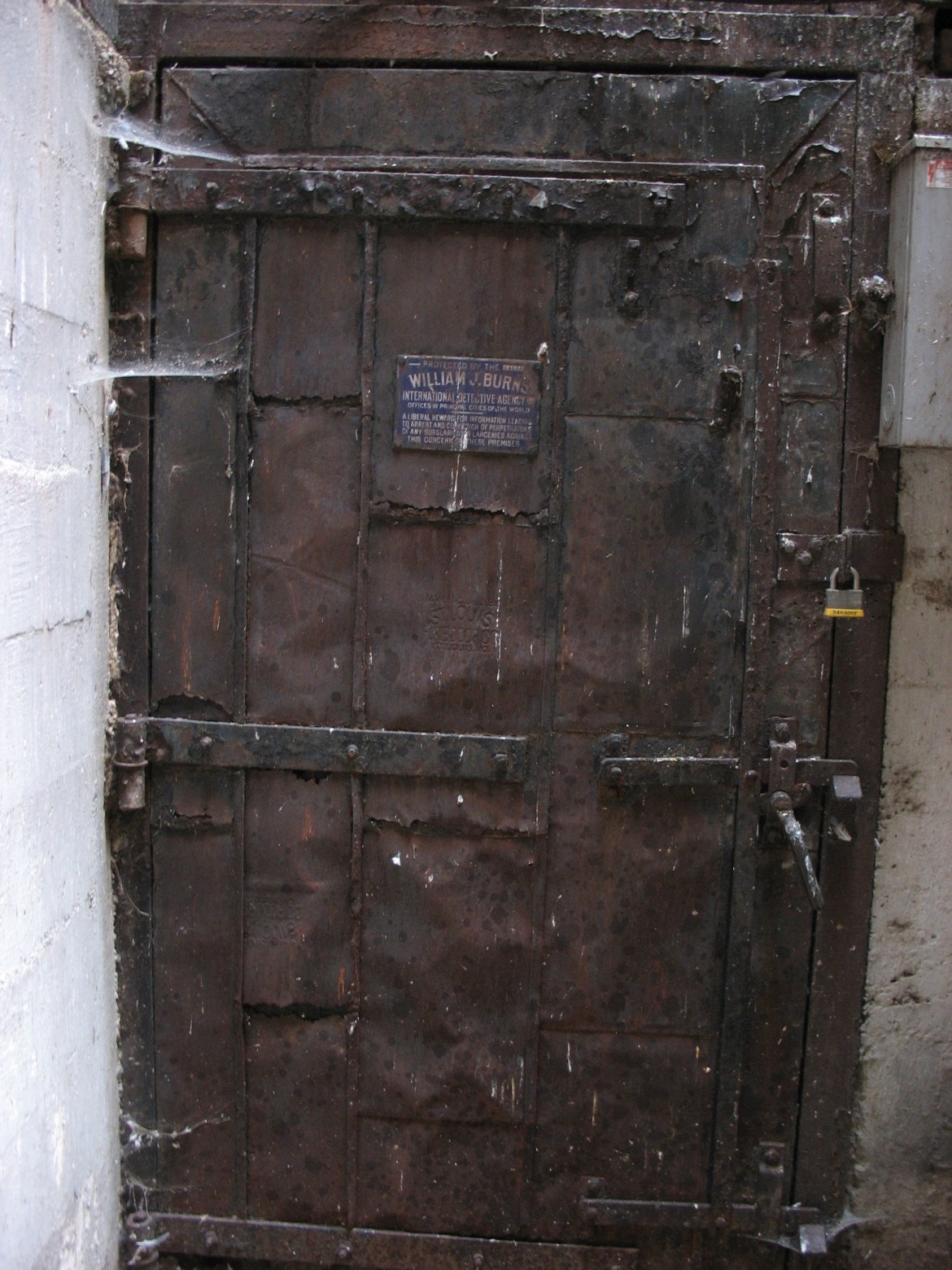 A photogenic security door on the rear of the building. 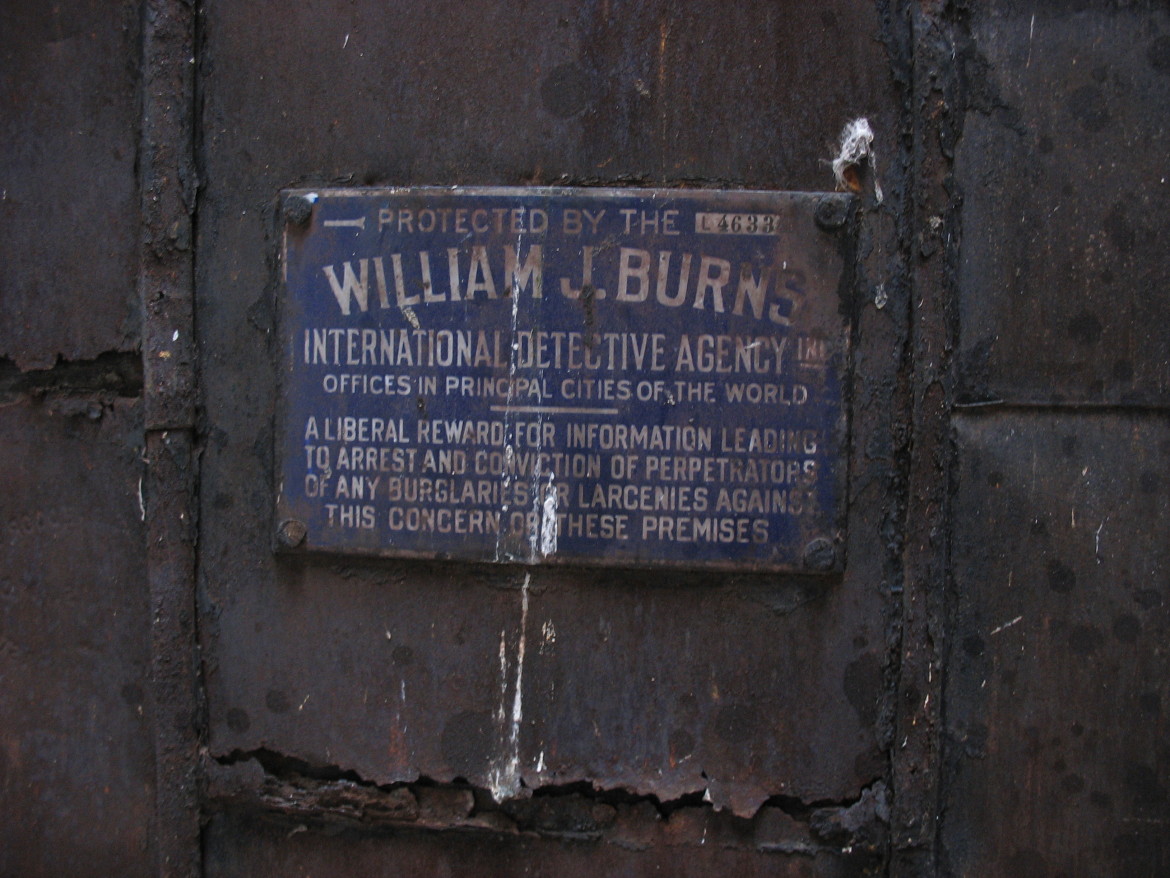 If you are a perpetrator, consider yourself warned. 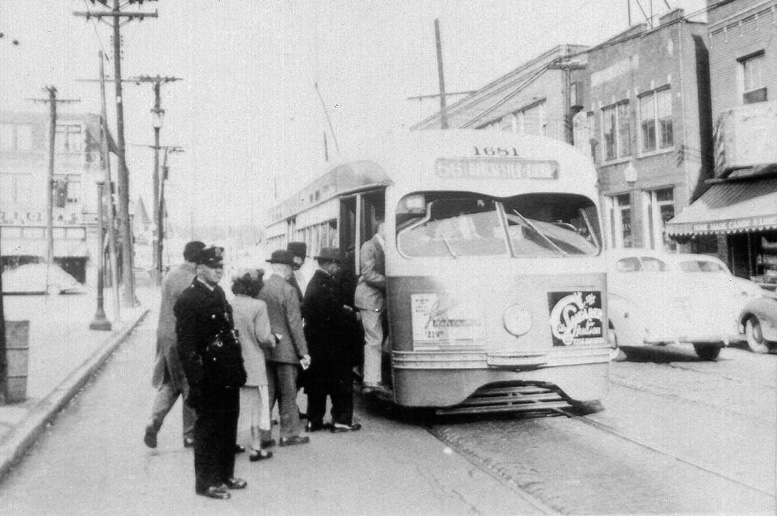 The Maplewood Theater was just out of sight on the right when this image was made. Courtesy of Citizen’s National Bank.

9 thoughts on “Maplewood History: The Maplewood Theater – While We’re On The Subject…”