Last post I said I was finished with this subject.  Wrong.  Here are a few more details that may interest you terra cotta heads out there.

Many of you may not be aware that Maplewood is only about a mile or so from an area that once was the location of at least two major producers of ornamental terra cotta.  Winkle Terra Cotta Company, a large national supplier, was located at 5739 Manchester which is very close to the old Central Hardware location just east of Hampton.  St. Louis Terra Cotta Company was apparently right next door at 5801-15 Manchester.

That area was once known as Cheltenham and was home to many other industries that produced items from the clay deposits found there. There are very many known mines in the area. Our Italian families who settled the Hill are some of the ancestors of the many immigrants who came to work in the clay mines. A large church, St. Aloysius Gonzaga, on the Hill had to be demolished fairly recently because it was sinking into a clay mine beneath.

In the area that would become Maplewood, Edward Rannells, son of Charles and Mary, builders of Woodside, mined clay on his own property.  Some of Edward’s records exist and are now housed at The State of Missouri Historical Society – St. Louis Center on the campus at UMSL, next to the Mercantile Library. I speculate the location of his mine was somewhere near the intersection of Rannells and Laclede Station Road.  Please note this is speculation and more research is needed.  Due to the generosity of Glenn and Elise Rannells Todd, we have photographs of two of the items that may have been produced by or for Edward Rannells.

A large collection of items made by Winkle Terra Cotta Co. and others are maintained at the amazing National Building Arts Center in Sauget, Illinois.  Founder Larry Giles and crew have saved the most important parts of the most important buildings that have been demolished in St. Louis in the last 40+ years.  If you have interest in this subject you absolutely must visit his incredible collection. 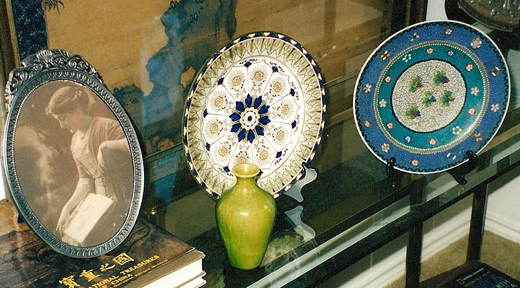 The small green vase is believed by the Rannells family to have been made on the Woodside property. The photo is of Elinor Cartmell Rannells, wife of Edward.  The plates belonged to her and possibly her mother-in-law, Mary Warder Rannells. Courtesy of Glenn and Elise Rannells Todd. 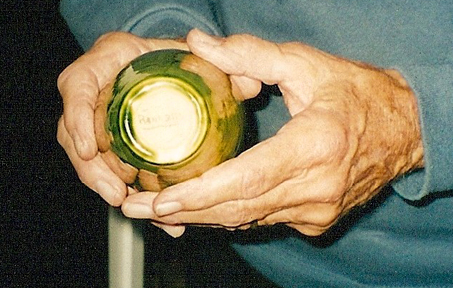 Hard to see in this photo but the bottom of the vase is signed “Rannells.” Courtesy of Glenn and Elise Rannells Todd. 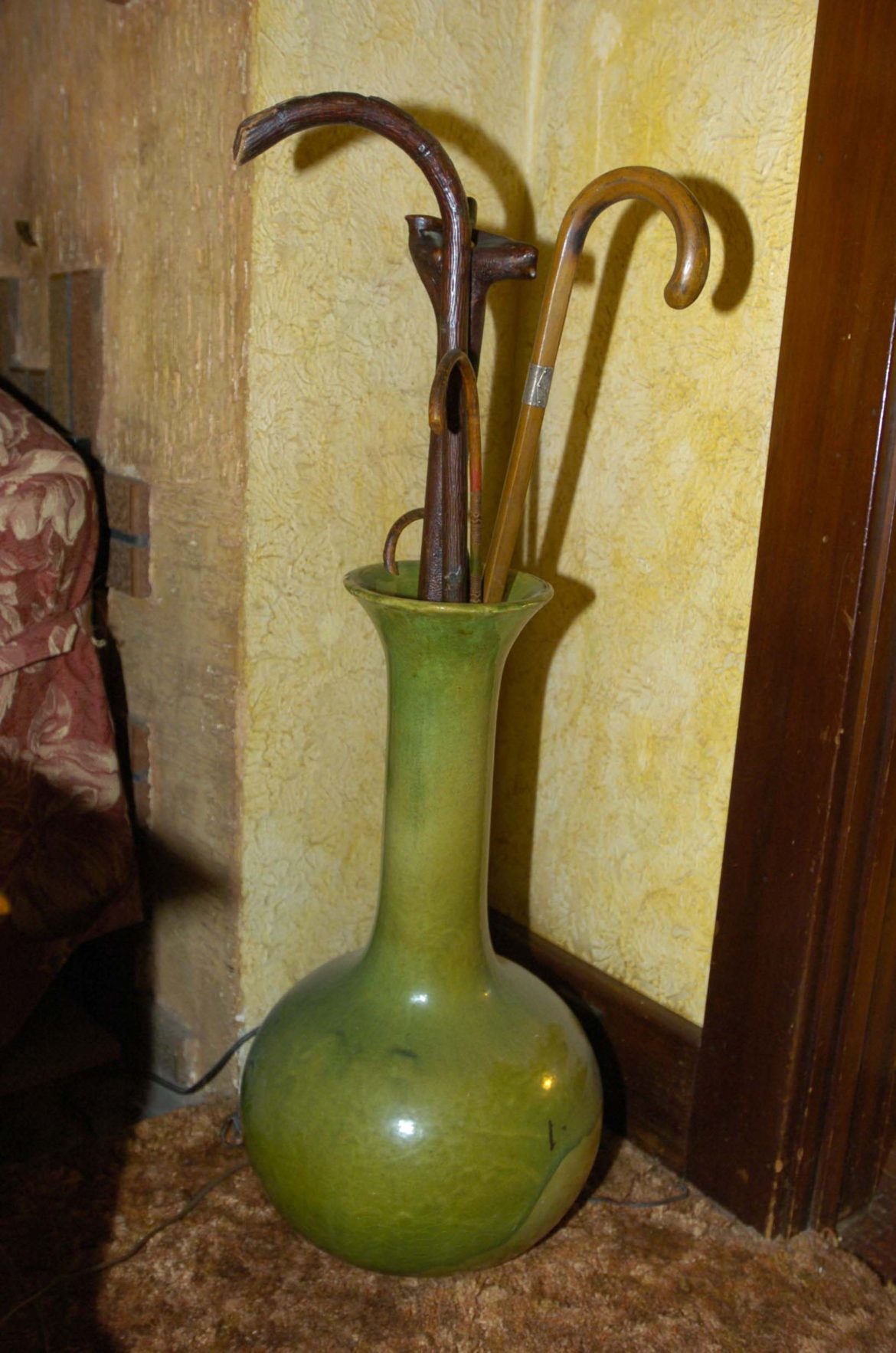 This large vase also owned by the Rannells family is believed to have been made at Woodside as well. It obviously has the same green glaze as the smaller vase. These are the only known examples of Rannells pottery. Courtesy of Greg Rannells. 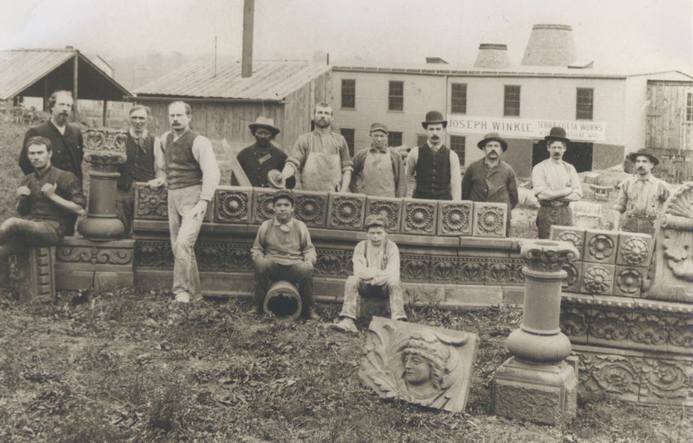 This fabulous photograph of the workers of the Joseph Winkle Terra Cotta Works and possibly Joseph Winkle himself on the left is from the collection of the National Building Arts Museum. 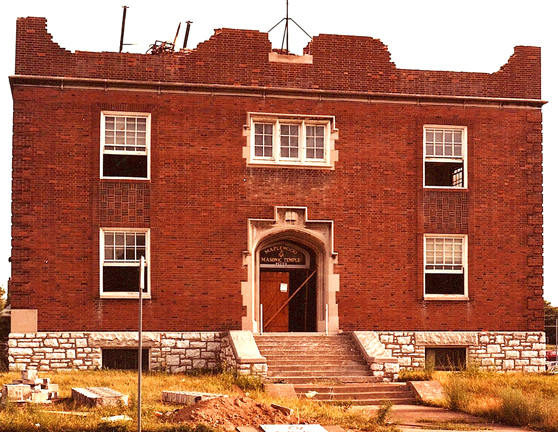 The Maplewood Masonic Temple once stood where CVS Pharmacy does today. The building faced Manchester. This photograph of its demolition was taken in 1984 by Yours Truly. This has nothing to do with terra cotta but it does concern the National Building Arts Museum where important parts of the building are preserved today. 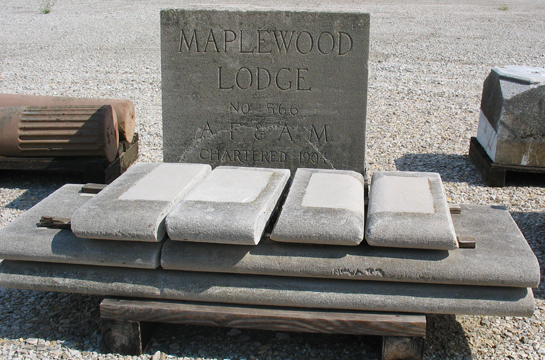 Pieces such as this cornerstone and what appears to be coping. 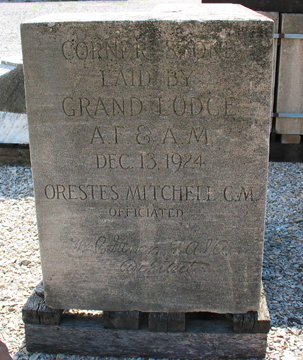 The other side of the cornerstone displays the signature of William B. Ittner. His firm was famous for their advanced school designs.

This ornamental cut stone from the parapet can be seen laying on the ground in the first photo of the building.

You may be familiar with the street named Lyndover but did you know there was once a school by that name located where Ryan Hummert park is today? 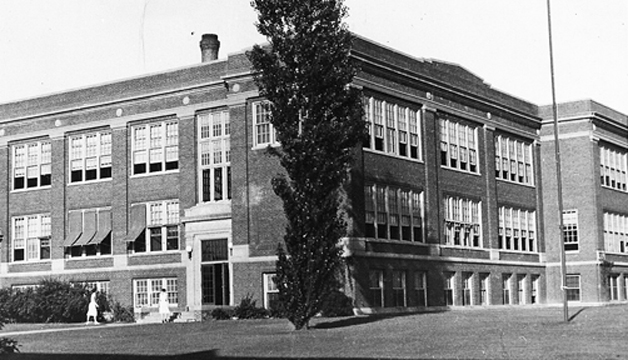 Here it is. It was Maplewood’s first high school and then later was used as a junior high. Demolished in the 1970’s, I believe. The aforementioned Larry Giles of the National Building Arts Museum was foreman on the job if I remember correctly. 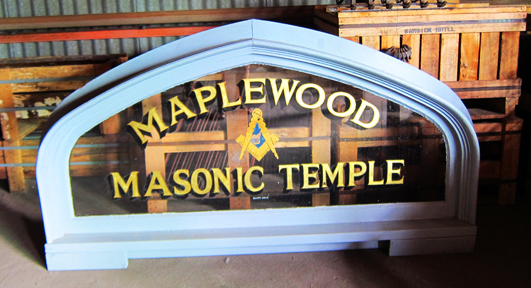 The collection also includes this arched window donated by Citizen Bank’s, Dan Walper and myself.