Those of you that have been following this blog know that I have had the unbelievable good fortune to be examining many artifacts that have been preserved by the descendants of the Sutton family.  Some of them you have already seen in four previous posts. The main subject of those posts was the family patriarch, James C. Sutton. I wanted to clear him out of the way before trying to tackle the information and artifacts connected with his son-in-law, William Lyman Thomas.

Thomas married Catherine Kate Sutton at her father’s mansion on March 25, 1869. Judging from some of their family artifacts I’d say there is evidence that their marriage was a long and happy one.

Thomas and his family are the central figures from whom many documents and photographs survive.  There are so many items that my head has been whirling wondering how to present them in some sort of a reasonable fashion. I think I’m just going to abandon that idea and put them out there.  You can help me sort them out. So here goes. Read Thomas’ history of his own family first.  It is from his own “1911 History of St. Louis County”. 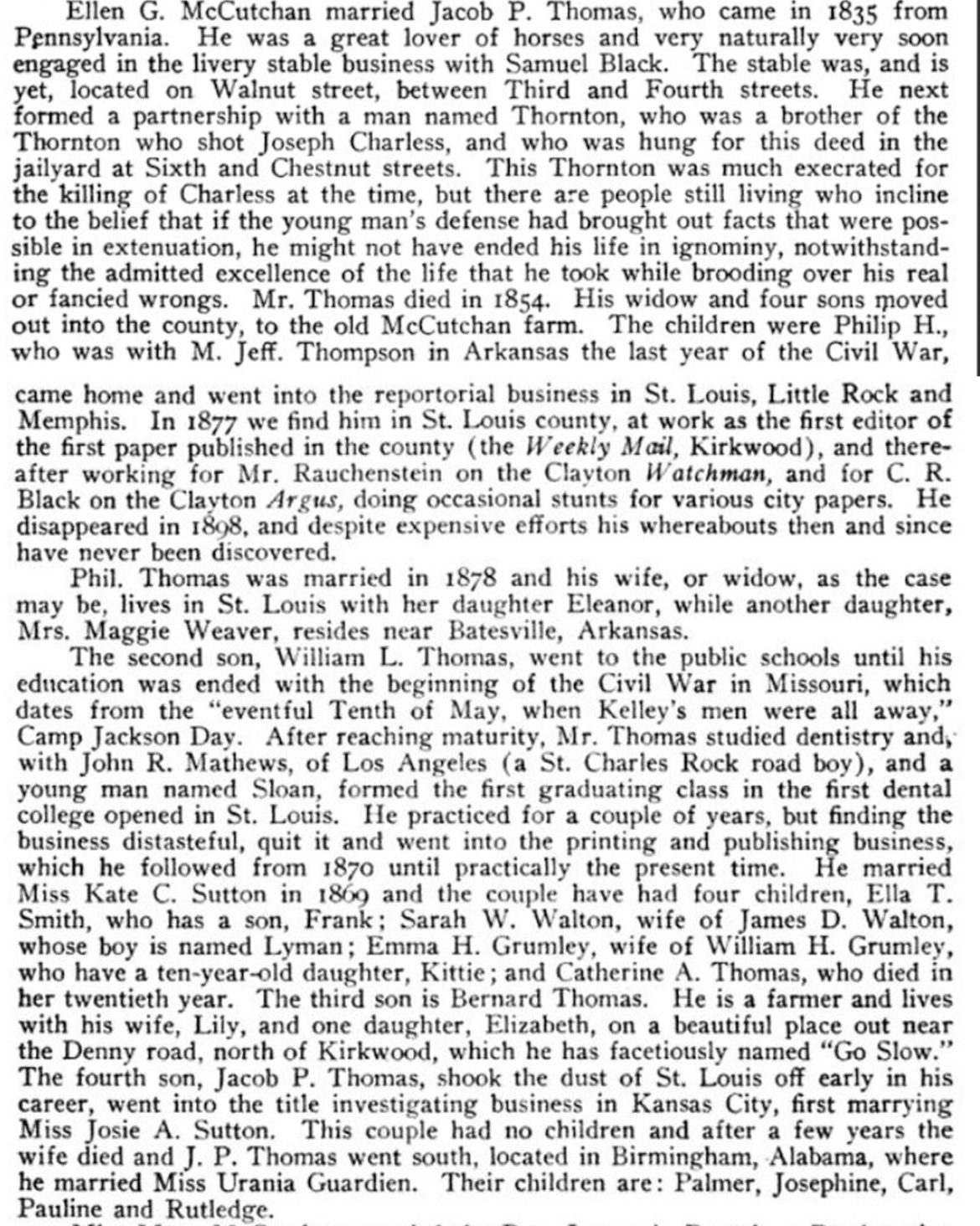 Note that the father of William Lyman Thomas was Jacob P. Thomas who died in 1854. Also note that one of his sons has the same name.  Also interesting is the fact that WLT’s older brother, Phil, disappeared and was apparently never found. 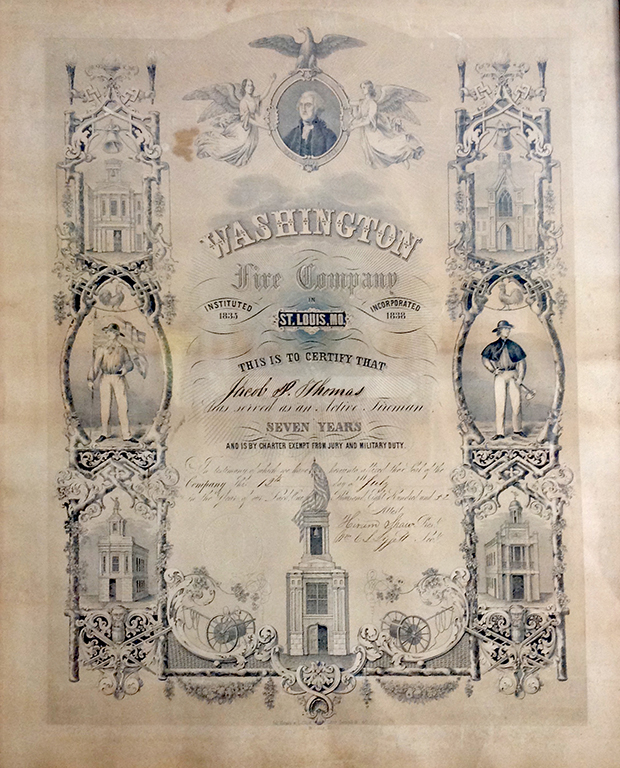 This document isn’t very clear but it looks like it may have belonged to the first Jacob P. Thomas. The date is hard to make out but I believe it is the 19th of July 1852. 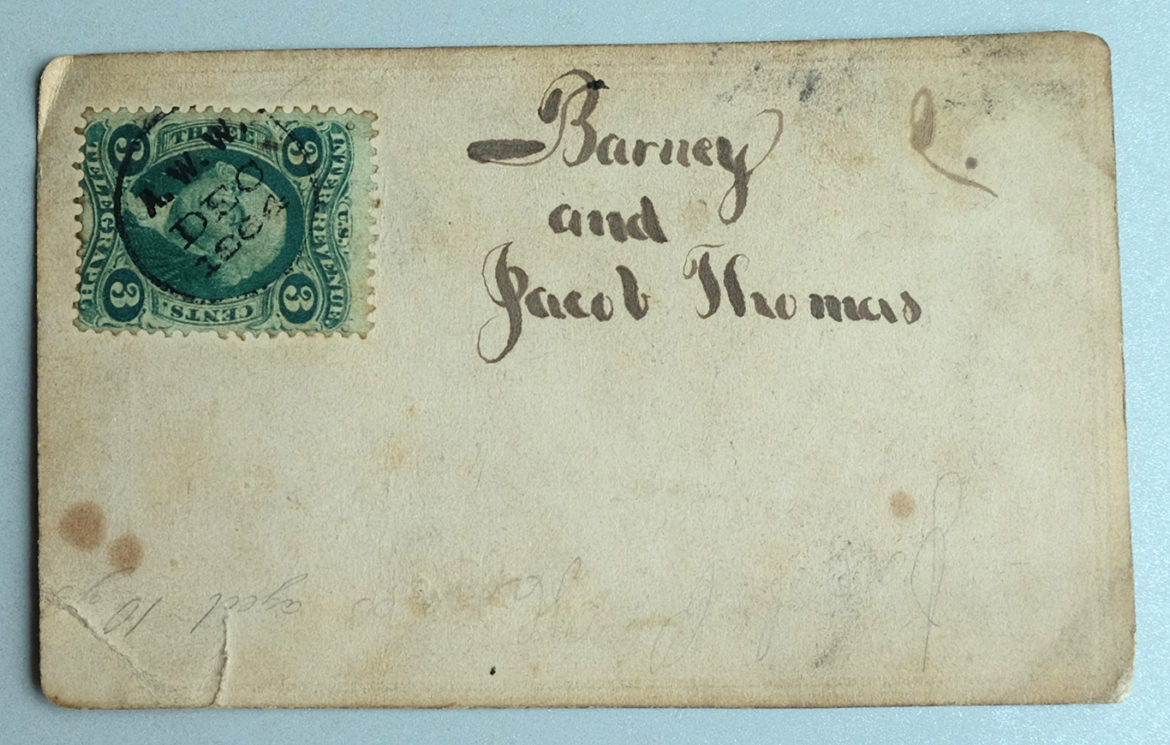 This postcard has survived and it appears to be postmarked Dec 1864. Written upside down in pencil is “Jacob P. Thomas aged 10 years”.  The flip side of this card follows. 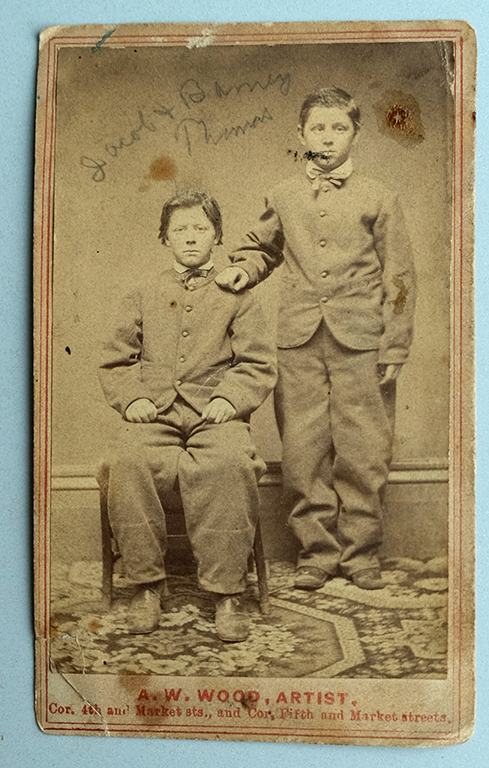 These two handsome fellows must be WLT’s younger brothers, Bernard and Jacob. If I have my dates right Jacob senior died in 1854 and Jacob the younger was 10 in 1864, his father must have perished right about when he was born. 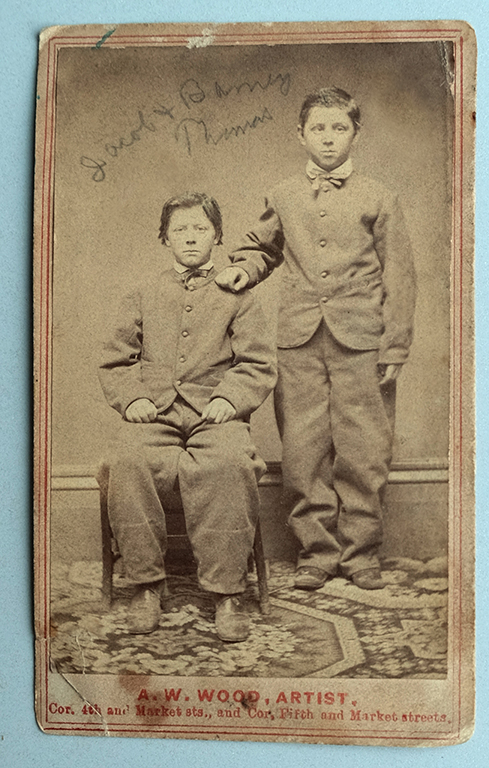 Here they are cleaned up a bit courtesy of Photoshop. 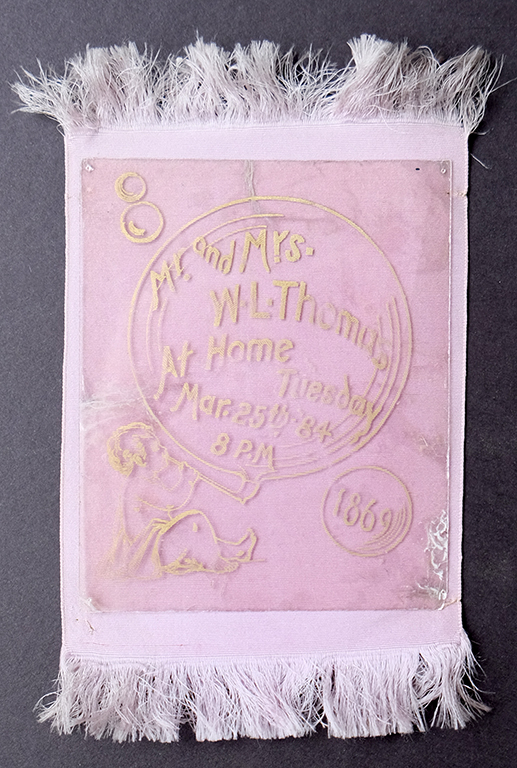 This small announcement of WLT and Kate’s wedding has survived as well. It is interesting to me because it seems to be printed on a piece of plastic which I didn’t think they had in 1869. Celluloid? 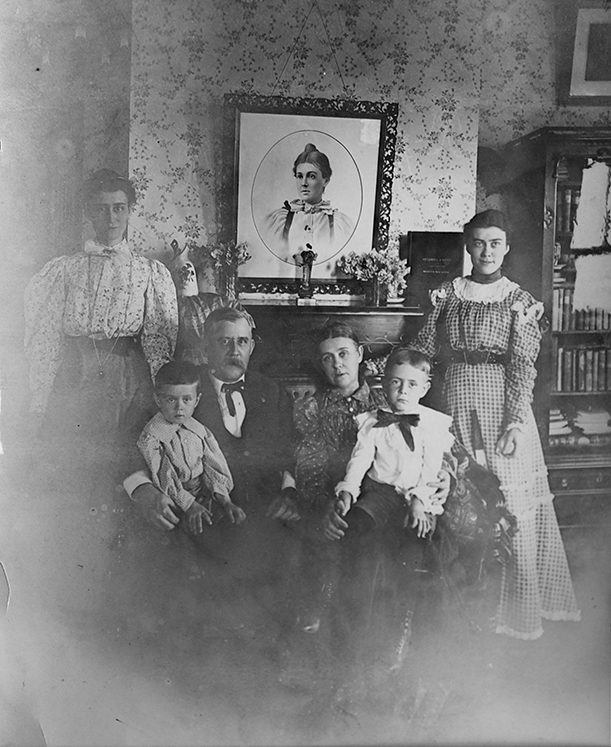 Here we have WLT and Kate with their four daughters some years later. I believe Ella is the older daughter standing on the left.  From the residue she left behind I can confidently say that Emma is the daughter standing on the right.  I speculate that this image was made in the front parlor of their Maplewood home which still exists! Wouldn’t you like to know who that picture over the mantle is of? 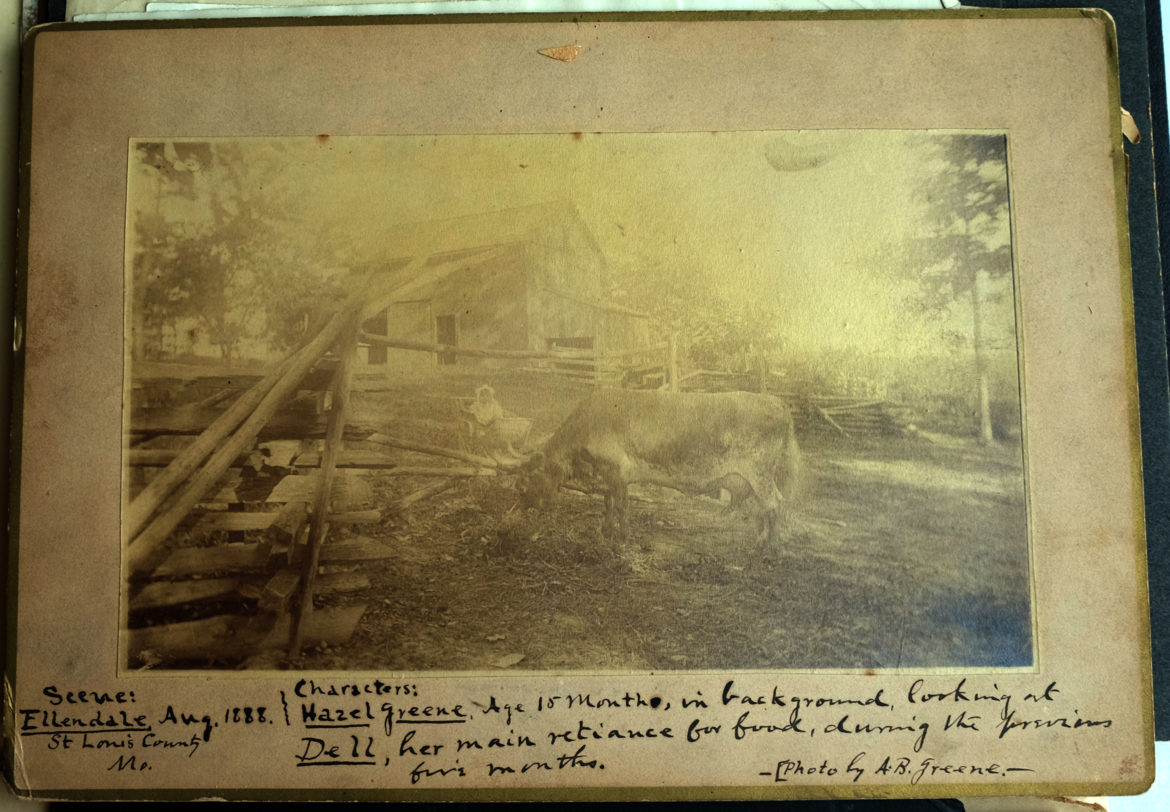 Let’s recap, James C. Sutton died in 1877. WLT and Kate built their home in 1881. They named their real estate development, Ellendale, after their daughter, Ella. This is not speculation I’ve seen it written in several places. I know, I know. Why not Elladale? Can’t answer that one. I don’t know what connection the Greenes in this photo have to the Thomases.

I can’t thank enough the descendants of these great Maplewood families for sharing their very personal and historic material with us.  It changes the way we think about our town very much for the better.