I don’t know who owns the building at 7187 Manchester or when it was built but I’ve long thought it sported a pleasing well-balanced Art Deco facade.  I have photographed it many times in different seasons.

No doubt images of it exist somewhere in the small mountain of slides I made during the Kodachrome era most of which will never be seen again.  The images I’ve made since I switched to digital in 2005 are easier to find.  Here are a few of them. 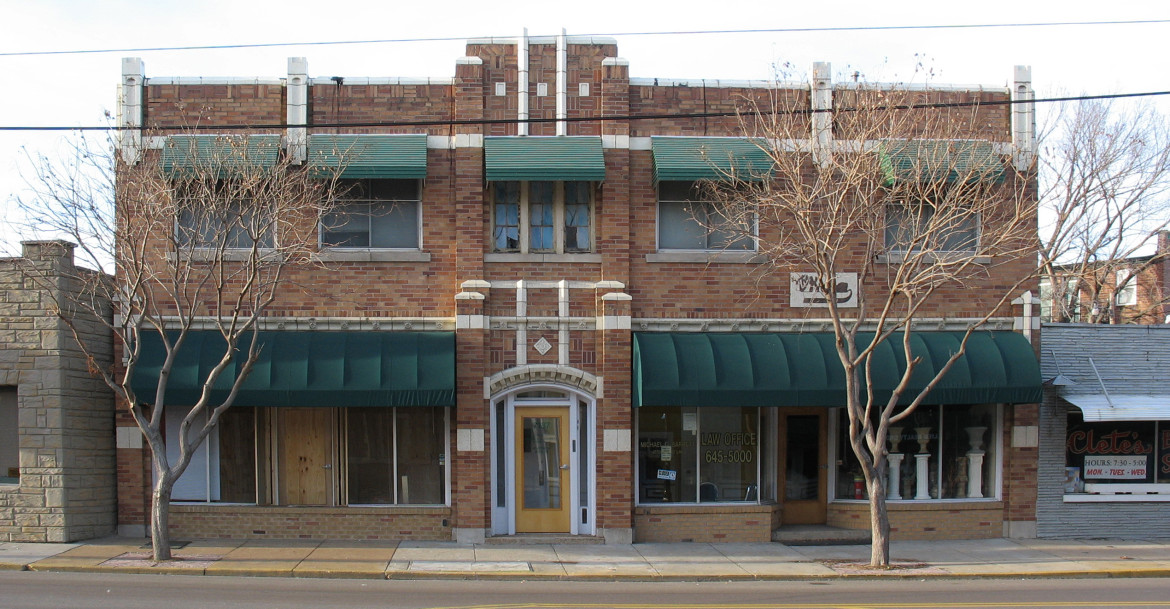 This image was made in January of 2006. Note the awnings on the second floor windows. 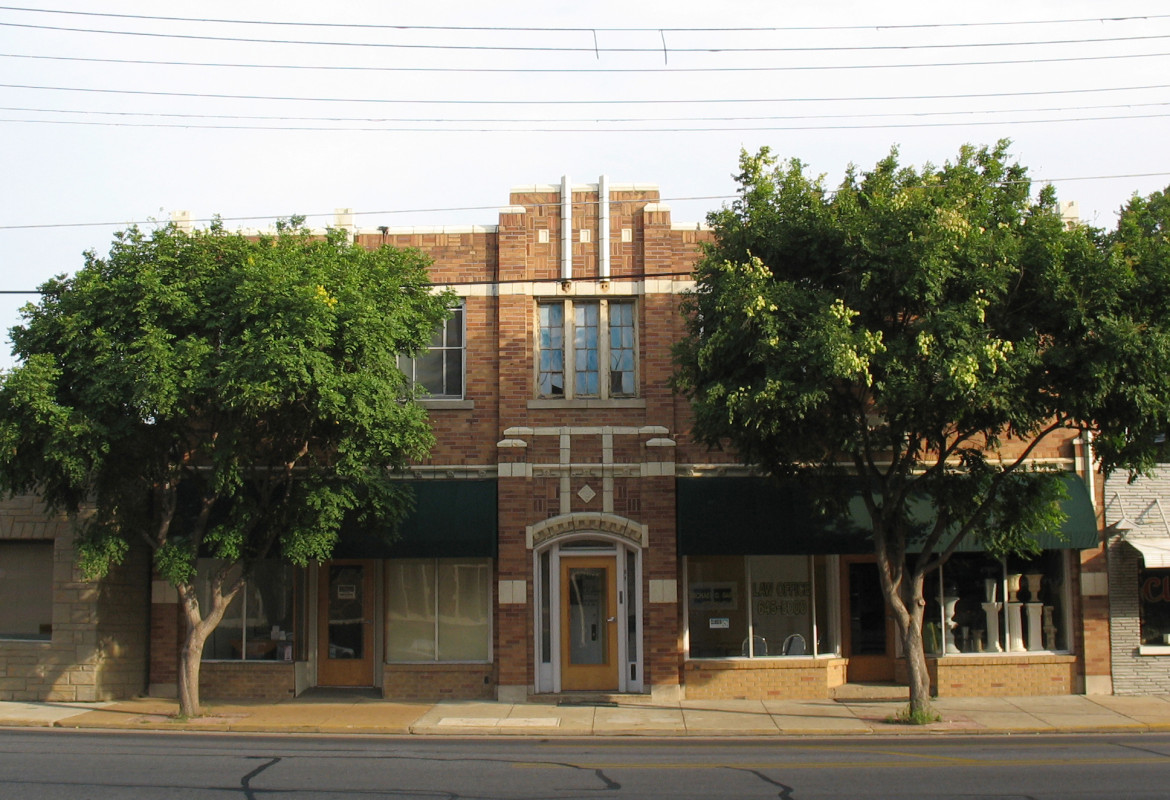 In this photo taken in July 2007, one will notice that the second floor awnings have been removed. I deliberately left the wires showing at the top of the picture. Won’t everything look so much better when they are underground?  Without the awnings we can get a better look at the beautiful blue art glass windows which unfortunately need a few panes replaced. 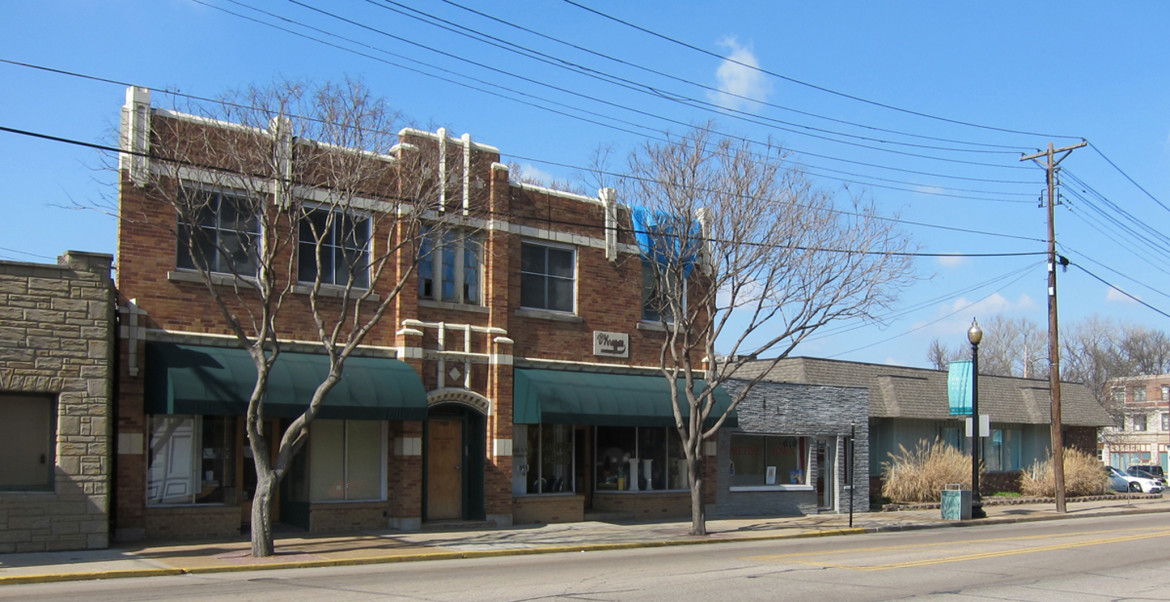 This is how everything looked in 2010 but I’m really just setting you up for the next photo. 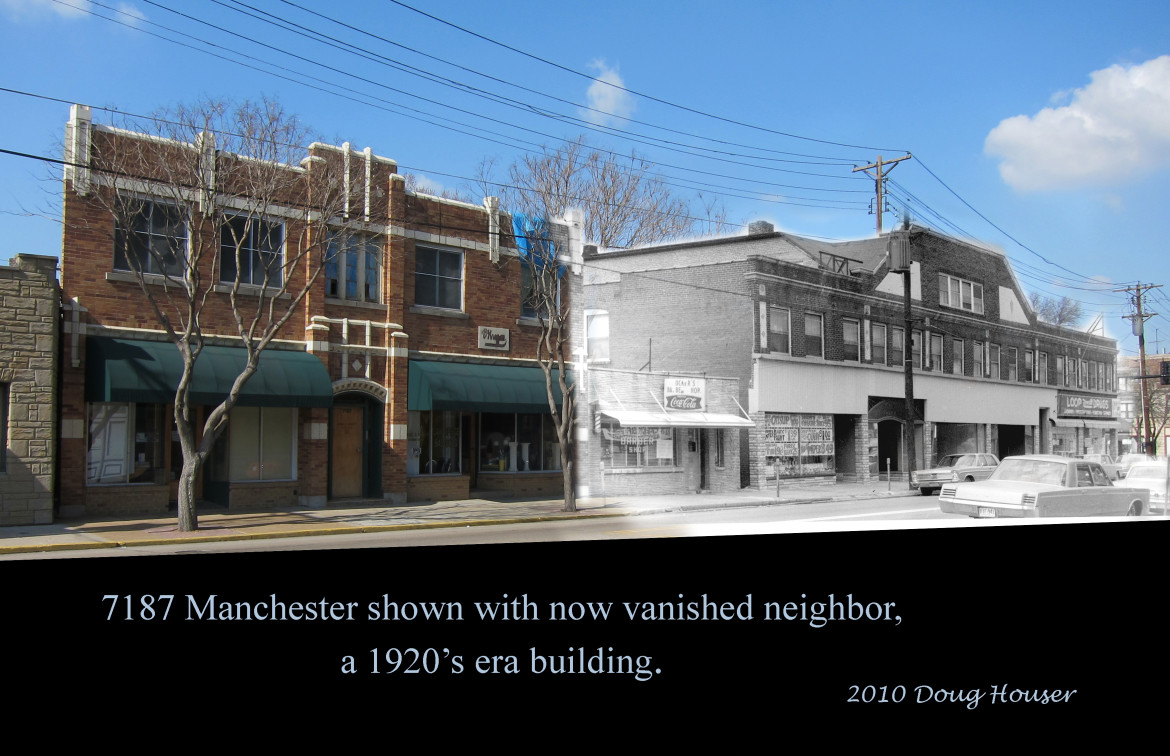 If you think you may have seen this one before, you are probably correct. I ran it and the one prior in 2010 on the City of Maplewood’s Facebook page. 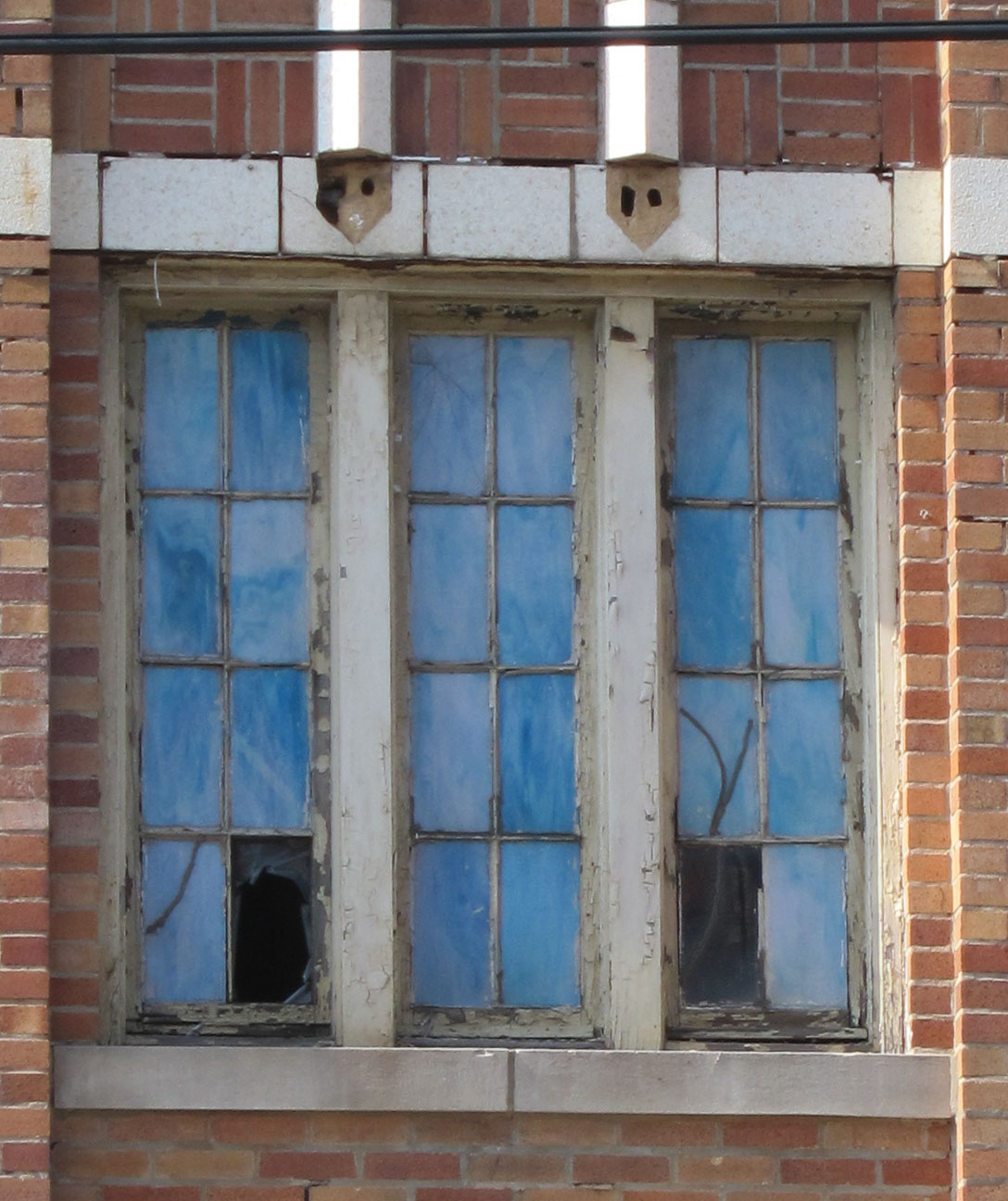 Now for the bad news. See the damaged terra cotta at the top of the photo. That was no doubt done when the awnings shown in the very first photo were installed.  But worse since this photo was taken the blue art glass windows have been replaced by ordinary modern ones.  How can this loss of historic detail be prevented?  I wish I knew.