One of the unexpected pleasures of working on the Woodside project has been meeting and getting to know some of the descendants of Charles and Mary Rannells.  Without exception they have allowed me to copy and photograph their family treasures and use the images how I saw fit.

They came together from several far apart locations around the country, pooled their historic documents and letters, and then donated them to what was then the Western Historic Manuscript Collection, next to the Mercantile Library on the campus at UMSL.  (WHMC is now known as The Historical Society of the State of Missouri, Research Center-St. Louis).  Anyone who is interested can see all of these originals along with copies of the Rannells families’ historic photos and paintings.

Particularly rewarding to me is talking to some of the folks whose interest has been sparked by something they saw in my blog or book.  I will attempt to post as much of this information as I can.  We owe a big thanks to the generous souls who share with all of us their fascinating historic images and information. 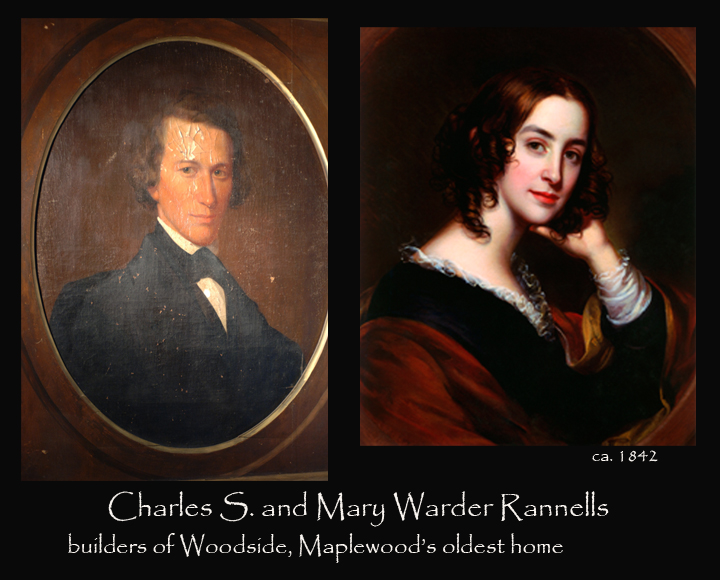 Images courtesy of the Rannells Family

I’ve posted these images before but I can’t leave them out of a family album. 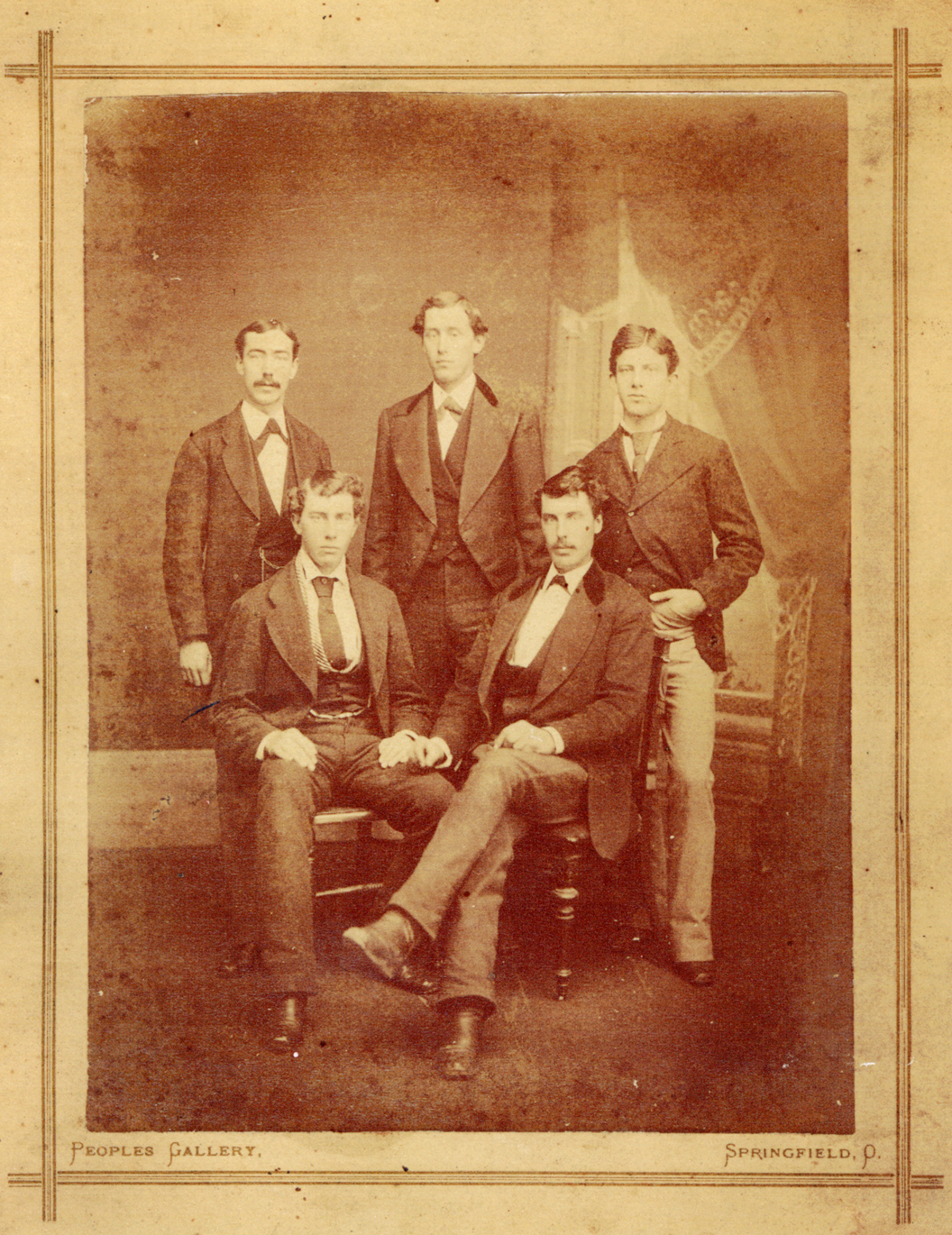 This may be the earliest photo we have of Edward “Ned” Rannells. The information from the back is hard to understand. The “Mo-Pac office” part must be there for some other reason since the photo was evidently made in Springfield, OH. 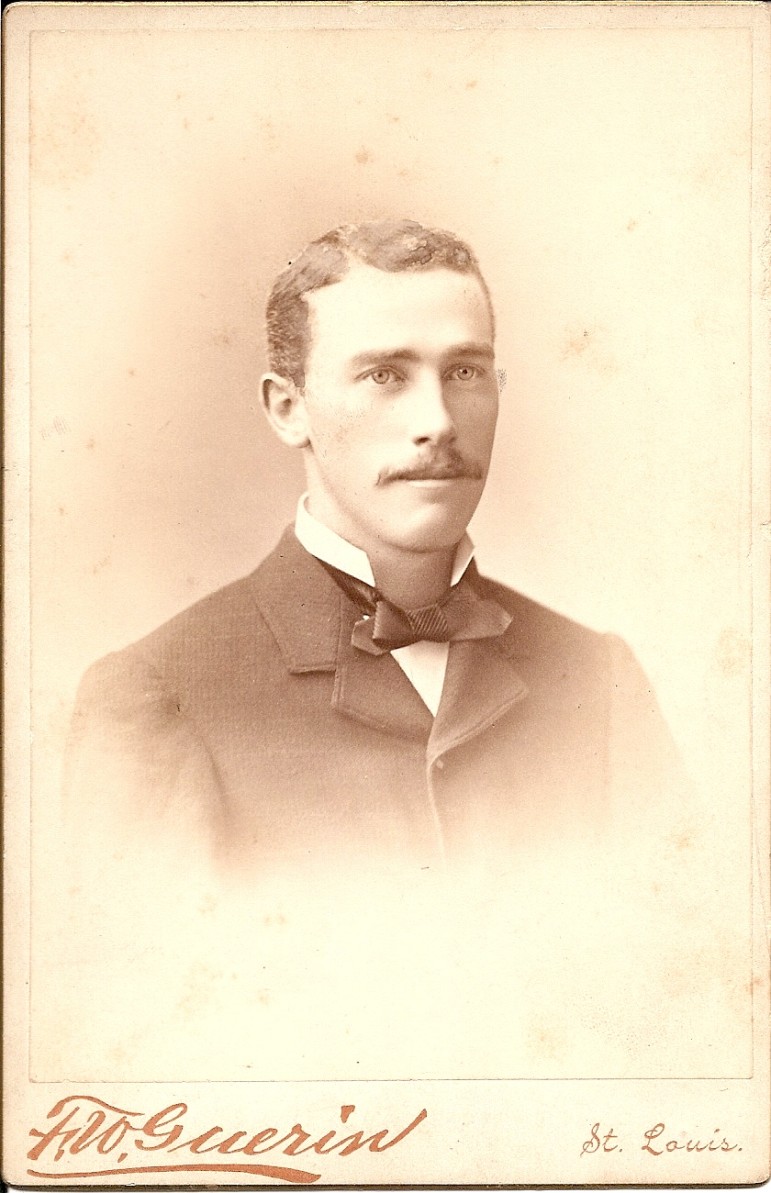 Ned has gained a mustache by the time this photo was taken. He was born in 1854. How old does he look in this undated photo? 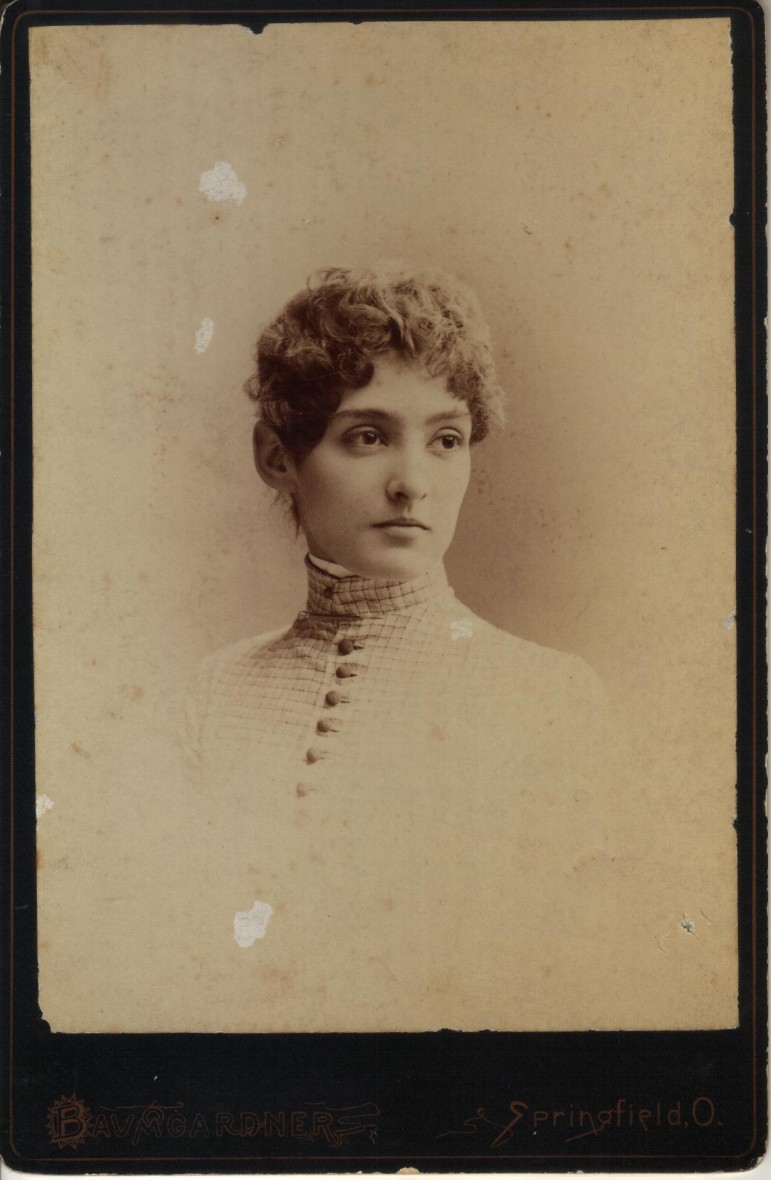 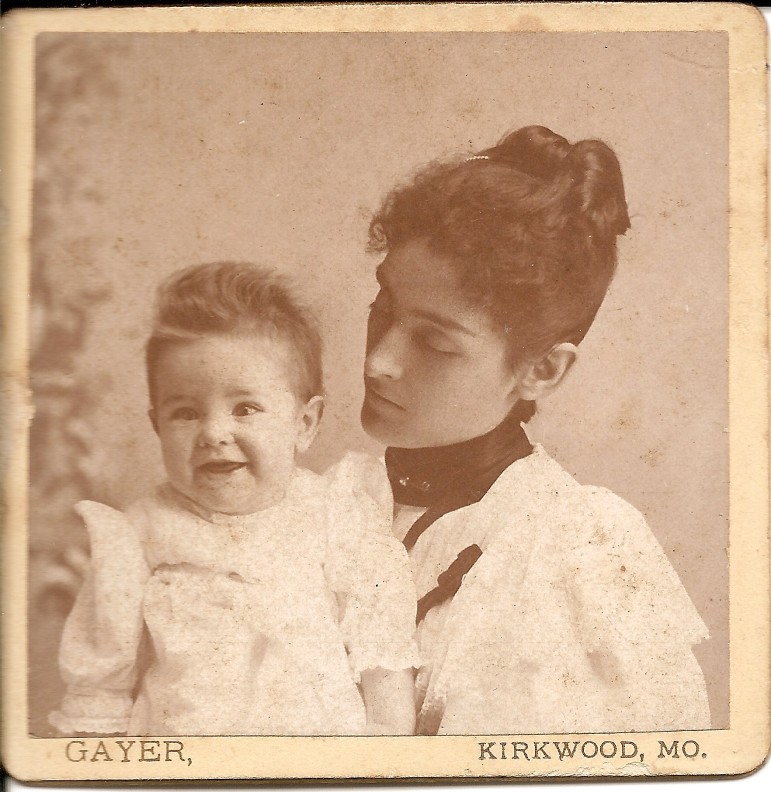 Elinor and Cartmell who must have been born about 1894.  I can’t prove it but I strongly suspect that the street, Elinor, in Richmond Heights was named by Ned for his wife.  It is on property that once was part of  the Woodside farm. 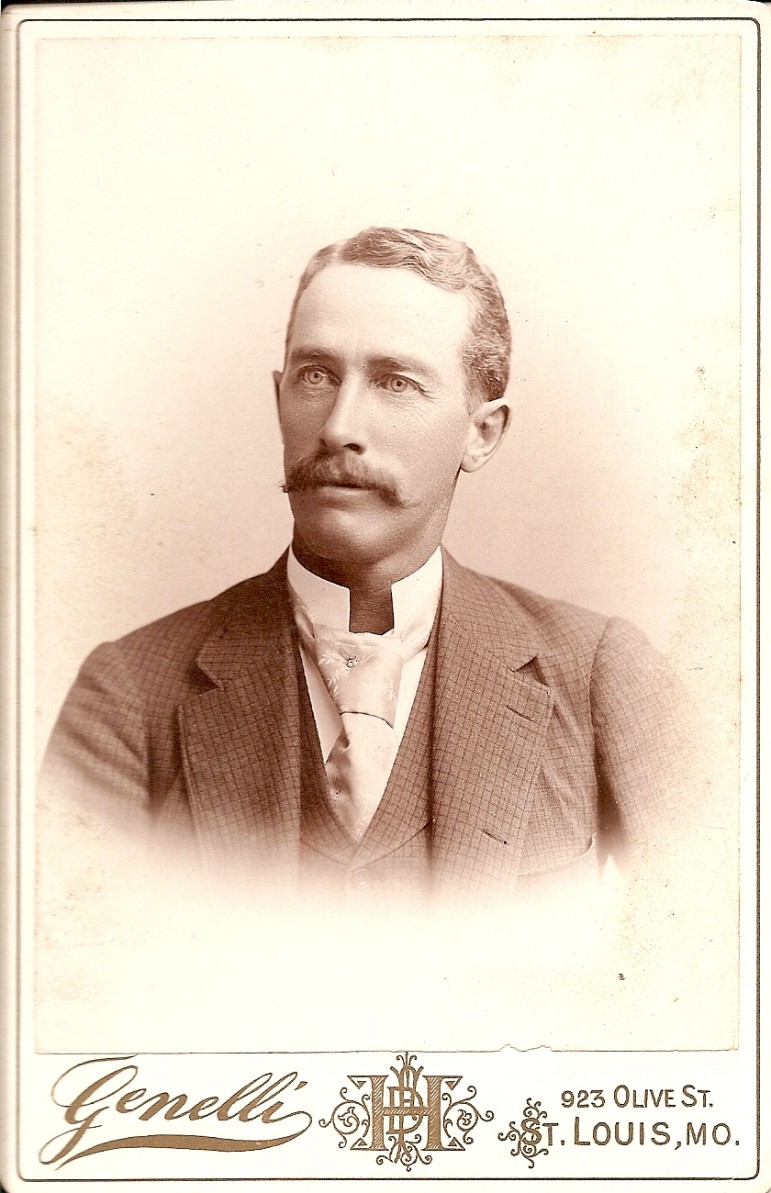 Edward Warder (Ned) Rannells a little farther along. Any guesses as to how old he looks in this photo? 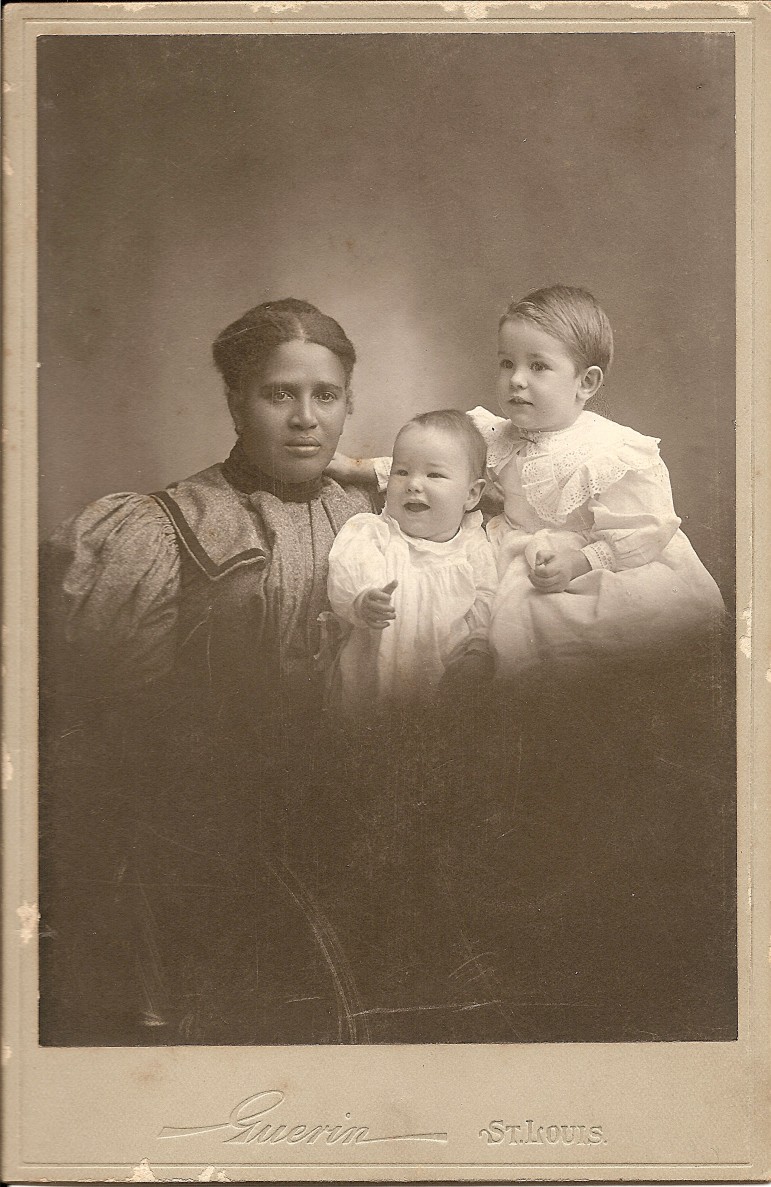 Ella Robinson with Cartmell and Warder Dec. 29,1896. This photo is a true treasure. The contributions of African/Americans can be difficult to trace. Ella’s name and the exact date on this photo add much needed information to an area sadly lacking.